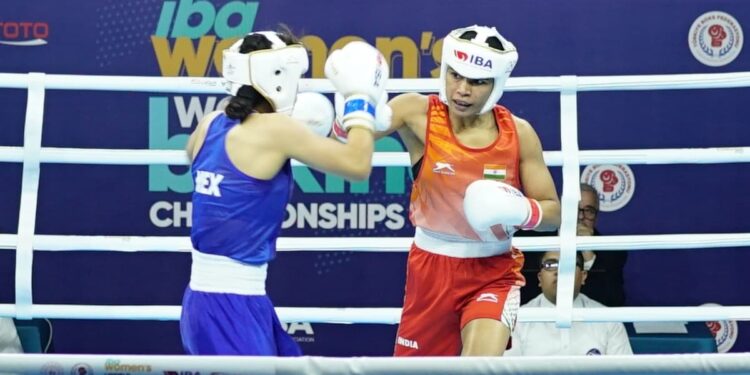 Indian boxers Nikhat Zareen (52 kg), Parveen (63 kg) and Manisha (57 kg) advanced to the second and third rounds of the IBA Women’s World Boxing Championships in Istanbul after taking impressive victories in their respective matches on Wednesday . Zareen defeated Herrera Alvarez of Mexico 5-0, while Parveen defeated Ukraine’s Mariia Bova by a similar margin. Manisha, who received a bye in the opening round, also triumphed unanimously against Kala Thapa from Nepal to make his way to the third round. Zareen, who won gold at the prestigious Strandja Memorial earlier this year, continued her winning run as she sent Alvarez without breaking a sweat.

The bronze medalist of the 2019 Asian Championships was in complete control throughout the competition and made use of her long reach. She attacked with some sharp and precise punches in her opening match.

The 25-year-old Telangana boxer then takes on the bronze medalist of the 2021 Asian Championships, Lutsaikhany Altantsetseg, of Mongolia.

Parveen, the 22-year-old from Haryana, won by unanimous decision against the much more experienced Ukrainian boxer, who is 12 years her senior, in the light welter division to set the tone for the Indian boxers.

Although the 2017 national youth winner started aggressively, she was knocked out in the opening round by Bova, who matched Parveen’s energy.

But the Indian showed amazing tenacity as she upped the ante in the second round. She attacked the 34-year-old Ukrainian and took a series of punches to eventually seal the tie in her favor.

After an impressive start to her campaign, Parveen will face former US Olympic Youth Champion Jajaira Gonzalez in the pre-quarter finals on Sunday.

Manisha, like Zareen and Parveen, didn’t have to dig deep as she too took an easy win against Thapa.

The tournament features 310 boxers from 73 countries around the world.

On Thursday 2021, the bronze medalist of the Asian Championships Jaismine (60 kg), Anamika (50 kg) and Shiksha (54 kg) will start their campaigns in the round of 32.

Shiksha, who received a bye in the opening round, will play Argentine Herrera Milagros Rosario in the 54 kg match.

In the last edition of the tournament, which was held in Russia in 2019, Indian boxers took one silver and three bronze medals.