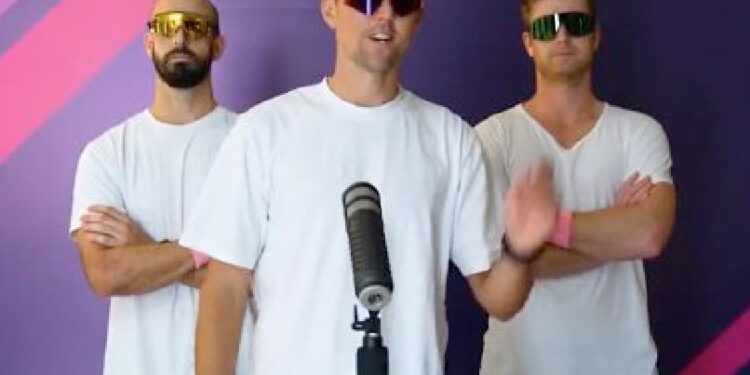 Rajasthan Royals is currently third in the points table© Twitter

With Rajasthan Royals in third place in the points list with 16 points, a win over Chennai Super Kings will almost certainly guarantee them a place in the play-offs. Just like on the field, RR players also enjoy their time off the field. In a recent video posted by RR on their official Twitter, their Kiwi trio of James Neesham, Trent Boult and Daryl Mitchell was seen grooving to a song from the famous Bollywood movie ‘Phir Hera Pheri’. The song features famous actors like Akshay Kumar, Sunil Shetty and Paresh Rawal, and their band’s name was “Dhoom Dhadaka Gang”.

Here is the video†

While Boult has amassed 12 wickets in as many matches, both Neesham and Mitchell have only played two matches.

For RR, Jos Buttler and Yuzvendra Chahal were the star players with bat and ball respectively.

For the record, RR won the inaugural edition of the IPL in 2008 led by legendary spinner Shane Warne.