Disinformation has become another untouchable problem in Washington 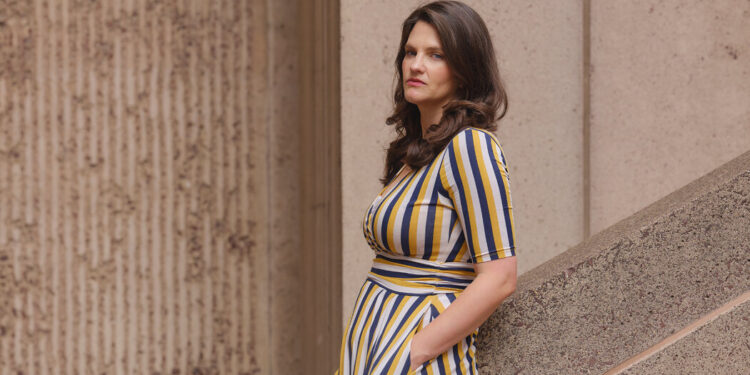 WASHINGTON — The memo that reached the top of the Department of Homeland Security in September could not have been clearer about the plan to erect a board to monitor national security threats posed by the spread of dangerous misinformation.

The department, it said, “shouldn’t try to be an all-encompassing arbiter of truth in the public arena.”

But when Secretary Alejandro N. Mayorkas announced the disinformation council in April, Republican lawmakers and conservative commentators denounced it as just that, calling it an Orwellian effort to suppress dissent. So have some critics on the left, who question the powers such an office might exercise in the hands of future Republican administrations.

Within weeks, the new board was dismantled – officially put on ‘pause’ – partially undone by forces it was supposed to fight, including disruptions to the board’s intent and powers.

There is broad consensus within the federal government that coordinated disinformation campaigns threaten to exacerbate public health emergencies, fuel ethnic and racial divisions and even undermine democracy itself. However, the board’s fate has underlined how highly partisan the issue has become in Washington, making it nearly impossible to consider addressing the threat.

The lack of action, experts say, has sparked new waves of disinformation in the run-up to November’s midterm elections — and even before violence such as the racist massacre at a Buffalo supermarket in May, which was motivated by an unfounded conspiracy theory that could have led global forces to “replacing” white Americans with immigrants.

“I think we are in a very bleak situation here in this country,” said Nina Jankowicz, who briefly served as director of the board before stepping down as controversy boiled over.

Ms. Jankowicz, a leading author and researcher on disinformation who once advised the Ukrainian government, became a focus of fury, the target of false or misleading information online about her role in what critics denounced as a Ministry of Truth.

“It’s hard to imagine how we’re going to get back on this,” she said in an interview, “if this is how our elected representatives behave — if we can’t agree on, you know, what’s the truth.”

Today’s threats of disinformation concern issues that not so long ago would have transcended partisan politics. Instead, disinformation has become entangled in the country’s increasingly partisan and geographical divisions over issues such as abortion, weapons and climate change.

Even during the Trump administration, the Department of Homeland Security recognized the threat. The agency, along with the director of national intelligence, ordered a 2019 study that concluded that disinformation could, among other things, “exacerbate existing societal divides” and “cause panic that reverberates in financial markets.”

The Federal Bureau of Investigation, the State Department and the Pentagon repeatedly warned about threats from foreign sources of disinformation. The Federal Election Commission held a symposium before the 2020 elections to address the issue as well.

By this time, however, a partisan division had already developed over the issue.

Its origins lie in Russian meddling in the 2016 election of President Donald J. Trump, which he and his allies repeatedly denounced as fake despite evidence gathered by federal investigators about Russian complicity.

Disinformation that continues to float around Covid-19 and the 2020 election of President Biden — which Mr Trump insists, against all evidence, was a hoax — has led many Republicans to view the fight against disinformation as a partisan attack.

“You can’t even use the word ‘disinformation’ these days without it having a political connotation,” said John Cohen, a former top intelligence officer at the Department of Homeland Security who took part in discussions about tackling national security threats posed. fueled by the internet – facilitated rapid spread of false information.

By all accounts, the department did not anticipate the commotion the creation of the advisory panel would cause — nor the ease with which critics would taunt it with the kind of campaigns it was supposed to monitor.

Mr Mayorkas casually announced the board at a budget hearing in April, followed by: a Twitter message from Mrs. Jankowicz. The board had already been active for two months, although it had not yet met formally.

In addition to the new director, the workforce consisted of four officers from other departments of the department. It did not yet have a specific budget or enforcement powers. Still, conservative commentators, including Jack Posobiec, struck out, joined by conservative media and Republican officials.

The sign quickly became a new foil in an old Republican campaign narrative that overbearing Democrats want to intrude deeper and deeper into people’s personal beliefs — “uplift” conservative values. Ms. Jankowicz’s prominence in the discussion of Russia’s actions made her a particular target for Republicans.

“The right recognizes that it is a way to turn people on,” Ms Jankowicz said. “The problem is, there are very real national security issues here, and it’s a disservice to the country not to be able to talk about this in a mature way.”

However, the opposition did not only come from the right.

Three rights organizations — Protect Democracy, the Knight First Amendment Institute at Columbia University, and the Electronic Frontier Foundation — welcomed the department’s acknowledgment of the magnitude of the problem, but cited the department’s “history of flagrantly violating the Constitution.” as reason enough to be cautious.

“In the wrong hands, such a sign would be a powerful tool for government censorship and retaliation,” they wrote in a letter to Mr Mayorkas, urging the ministry to reconsider the sign.

The damage was done, forcing Mr Mayorkas to change course. He put the board’s work on hold pending a review by the department’s advisory board, which is expected to be completed by August 1.

He asked a bipartisan pair of former officials to review the issue of fighting disinformation: Michael Chertoff, the department secretary under President George W. Bush, and Jamie S. Gorelick, deputy attorney general under President Bill Clinton. Few expect the board to be reconstructed into anything like its intended form.

The increasing polarization of disinformation — like so many other problems — has hindered the search for solutions by Congress and the Biden administration.

Legislation such as the Honest Ads Act, which would regulate political advertising online such as on television or radio, has been in place for years. The United States has failed on privacy or otherwise to curb the power of social media giants, even as Europe, for example, has moved to force them to disclose how their services amplify divisive content and stop targeting online advertisements based on a person’s ethnicity, religion or sexual orientation.

In Washington, there is not even agreement on the threats, with Republicans using the fight against disinformation to silence conservative voices.

According to internal documents from the Department of Homeland Security that created the board, they contain crises ripped from today’s headlines: misinformation that undermines public health emergencies. People smugglers who sow lies to send immigrants on dangerous journeys across the southern border. Conspiracy theories that cause violence against state and local election workers.

The documents were made public by two Republican senators who vocally attacked the board, Chuck Grassley of Iowa and Josh Hawley of Missouri. They cited them not as evidence of the need to fight disinformation, but rather of the board’s nefarious objectives, although the notes all emphasized the primary need to protect free speech. Among the documents, however, were talking points that Mr Mayorkas had received before a meeting with Twitter officials to address disinformation, which the senators characterized as an attempt “to suppress unwanted content.”

Mr Grassley did not respond to a request for comment. A spokeswoman for Mr. Hawley, Abigail Marone, said President Biden “intended to lead the most anti-First Amendment administration in US history.”

“His idea of ​​’disinformation’ is that parents speak out about their children who have learned critical race theory or that concerned Americans are asking legitimate questions about Covid vaccines,” she added. Biden’s goal is to use the federal government’s power to silence the speech.

The Department of Homeland Security first added the threat of false information to its periodic national terrorism advisory bulletins in February. “The United States continues to find itself in a heightened threat environment fueled by a variety of factors, including an online environment filled with false or misleading stories and conspiracy theories,” the warning reads.

Foreign and domestic actors, the bulletin added, are “trying to increase societal friction to sow discord and undermine public trust in government institutions to fuel unrest, potentially leading to acts of violence.” At the time, Senator Marsha Blackburn, Republican from Tennessee, stated that the department “monitored the speech, thoughts, and opinions of American citizens.”

The department reiterated that warning in a bulletin last month.

“We’re not really in a position to have a quiet conversation about this issue right now,” said Paul Barrett, deputy director of the Stern Center for Business and Human Rights at New York University. “And there’s this weird, circular, spinning effect. The problem itself makes it impossible for us to talk about the problem.” 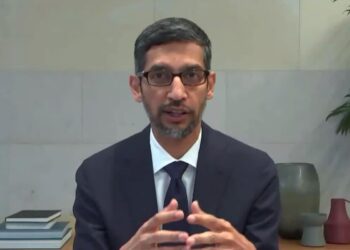 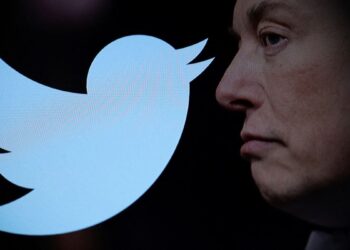 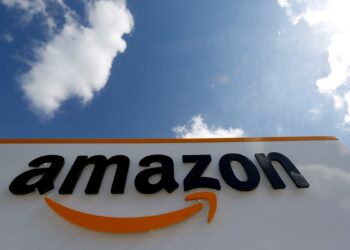 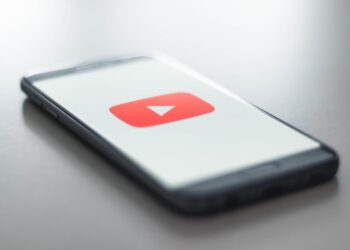