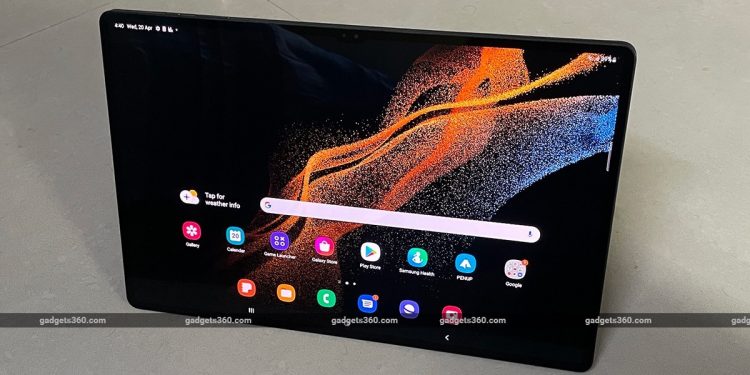 The Samsung Galaxy Tab S8 Ultra is the largest tablet I’ve ever used. It has a huge 14.6-inch screen with a small notch at the top (when held in landscape orientation). The notch houses a dual camera setup and is barely visible when using the tablet in landscape mode. However, you will notice it if you hold the tablet in portrait orientation. Samsung has kept the bezels thin, which looks good, but this makes it difficult to hold the tablet without touching the screen. The weight of 726g is noticeable and I found myself resting the tablet on a table or on my lap many times during use.

Samsung has managed to keep the tablet surprisingly thin, at just 5.5mm. In landscape orientation, you’ll find the power and volume buttons in the top left corner and the SIM tray in the top right. You get four speakers on the Galaxy Tab S8 Ultra with two on each side. In addition, the left side has a microphone, while the right side has a USB Type-C port. There’s an in-display fingerprint scanner that’s easy to reach with your right thumb when you’re holding the tablet. The bottom has a patented three-pin connector with notches on either side to attach compatible accessories, such as the Book Cover Keyboard that Samsung also sent for this review.

The back panel is made of metal which gives this tablet a premium look and feel. At the top is a camera module with two camera sensors, and underneath is a glossy black strip. This is the wireless charging mechanism for the S Pen, which snaps into place magnetically. Samsung bundles the S Pen along with a long USB Type-C to Type-C cable, but you don’t get a charger in the box.

The Samsung Galaxy Tab S8 Ultra has a Super AMOLED screen with a resolution of 2960 x 1848 pixels. It has a maximum refresh rate of 120 Hz and is set to that by default. Four AKG-tuned speakers complement the massive screen. The Galaxy Tab S8 Ultra is powered by the Qualcomm Snapdragon 8 Gen 1 SoC, the most powerful SoC you can currently get on an Android tablet. In India, it only comes with 12 GB of RAM and 256 GB of storage, but the storage is expandable thanks to the microSD card slot.

You get support for Bluetooth 5.2, Wi-Fi 6E and five satellite navigation systems. It also supports the WiDi (Wireless Display) standard, so you can use the Galaxy Tab S8 Ultra as a secondary display with compatible Windows machines. The mobile model works with 5G and with existing 4G networks. The Galaxy Tab S8 Ultra packs a massive 11,200mAh battery and supports 45W fast charging, but you’ll need to buy a charger separately.

In terms of software, the Galaxy Tab S8 Ultra runs Android 12 with OneUI 4.1 on top. It ran the February 2022 Android security patch, which is somewhat dated. The user interface is polished and very easy to use. Samsung offers the traditional three-button navigation layout and you can switch to swipe-based navigation. Multitasking is very easy; you can split the screen with two different apps or open multiple apps in their own windows. You can take full advantage of the big screen by opening multiple apps at once.

The S Pen allows you to perform actions similar to Samsung’s Galaxy Note phones, such as taking notes, selecting an area of ​​the screen to capture in a screenshot, and even launching your favorite apps. Air Actions allow you to perform certain actions by holding and moving the button on the S Pen. You can also sketch or color with the S Pen, in compatible apps. Coloring felt therapeutic and the S Pen surprised me with its low latency. It almost felt like coloring on paper.

With the Galaxy Tab S8 Ultra, you can make calls and texts if you have a recent Samsung smartphone, just like you can with Apple’s ecosystem. To do this, you need to log in on all devices with the same Samsung account. Another notable feature is the ability to use the Galaxy Tab S8 Ultra as a second screen on a Windows laptop or as an input surface for drawing using the S Pen. This should be useful for artists.

Samsung’s Dex feature gives you an almost PC-like experience on the tablet. Samsung is selling a Book Cover Keyboard case for Rs. 22,999 in India. While the price is on the higher side, this accessory almost makes the Galaxy Tab S8 Ultra pass as a 2-in-1 convertible laptop. This Book Cover Keyboard case consists of two parts. One attaches magnetically to the back of the tablet as a kickstand and has a neat pocket for the S Pen stylus. The other is the keyboard that lines up with the connectors on the bottom of the tablet to function. I typed part of this review on the Galaxy Tab S8 Ultra and found that the keyboard had good keystroke and feedback. The trackpad on the cover of the Book Cover Keyboard was also good, but it wasn’t as comfortable as a standard laptop.

Packed in a seriously powerful SoC, the Samsung Galaxy Tab S8 Ultra can run pretty much anything you want it to. You can run any game or app from the Play Store on this device without any problem. Apps load quickly and the tablet can multitask effortlessly thanks to the 12 GB RAM that is on it. The large Super AMOLED screen with its thin bezels provides an immersive experience and I enjoyed watching videos. The high refresh rate made scrolling feel smooth. Samsung’s AKG-tuned quad speaker setup was loud enough to fill a small room with sound.

Samsung’s in-display fingerprint scanner unlocked the tablet quickly and never took more than one attempt. This tablet also enables facial recognition, which is super handy when used with the Book Cover Keyboard case.

The Galaxy Tab S8 Ultra is only 5.5mm thick

I ran synthetic benchmarks and the Galaxy Tab S8 Ultra delivered some impressive scores. In the AnTuTu benchmark, it scored 8,62,739 points, which is even higher than what the Galaxy S22 Ultra (Review) scores. It also scored 11,972 points in the PCMark Work 3.0 benchmark while maximizing 3DMark’s Sling Shot and Sling Shot Extreme tests.

Personally, I found the Galaxy Tab S8 Ultra too big to play first-person shooter games like Call of Duty: Mobile. Apart from that, it was able to run the game on the ‘Very High’ graphics setting with the frame rate set to ‘Max’. I didn’t notice any lag or stutter when playing and the tablet showed no signs of heating even after 20 minutes of playing. I noticed a five percent drop in battery level after my gaming session.

After using the Galaxy Tab S8 Ultra for over two weeks, I can say that it offers decent battery life. Idle power consumption is low, allowing the tablet to save power when not in use. Pushing it to the limit, however, resulted in higher battery consumption than I expected. With my occasional use, which sometimes also included staying idle, the battery lasted between two and three days before the tablet had to be plugged in.

Heavy users should be able to get a whole day out of this tablet. In our HD video loop test, it only lasted 10 hours and 9 minutes, but given the size of the screen I’ll give it some slack. Samsung doesn’t bundle a charger in the box, which to me is unacceptable for a tablet that costs more than a lakh rupees. The Galaxy Tab S8 Ultra supports 45W fast charging. I used a 68W USB-PD charger that charged it to 29 percent in 30 minutes and to 57 percent in an hour. It was fully charged within two hours.

Coming to the cameras, the Galaxy Tab S8 Ultra has dual camera setups on the front and back. You get two 12-megapixel front cameras, one with a wide-angle lens and the other with an ultra-wide-angle lens. On the back is a 13-megapixel main camera and a 6-megapixel ultra-wide angle camera. Given the size of this tablet, it’s best not to take pictures with it, but indoors you can do it. The selfie cameras are quite capable and the video recording resolution goes up to 4K. These cameras have an auto-framing feature that automatically pans and zooms on the subject, much like the Center Stage feature on select Apple iPad models. I was able to use this auto-framing feature while recording video and during video calls, and it was quite useful.

The Samsung Galaxy Tab S8 Ultra is the largest and most powerful Android tablet you can buy right now. The Book Cover Keyboard case (which must be purchased separately) makes it much more versatile. Owning a Samsung smartphone will give you some ecosystem benefits. This tablet will appeal to digital artists and graphic designers who could benefit from the S Pen stylus, which could justify its high cost.

For users who want a tablet for media consumption and don’t mind spending money, the Galaxy Tab S8 Ultra may also be worth considering. However, I believe it would be overkill for such use cases, both in size and cost. This is the perfect example of how good Android tablets can be, but it has a very niche appeal. The Samsung Galaxy Tab S8+ offers the same hardware in a more manageable format, which I would recommend to most people. Those open to alternatives may want to consider the 12.9-inch Apple iPad Pro instead. 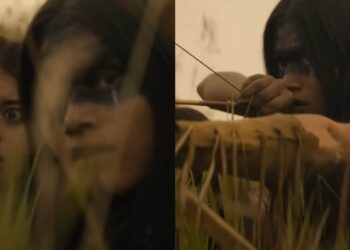 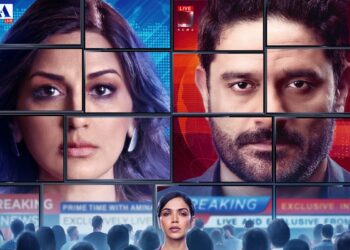 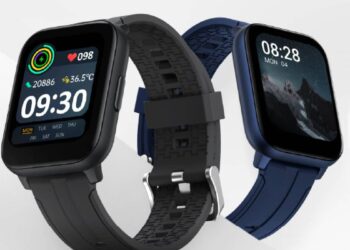 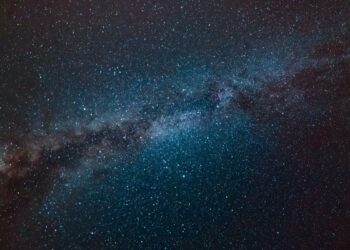 There may be invisible walls in space, according to new research 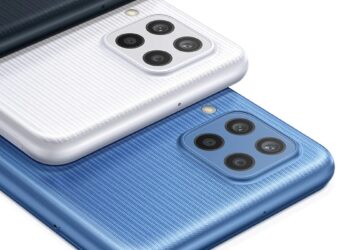 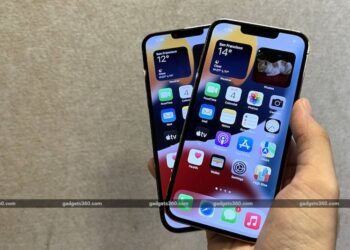