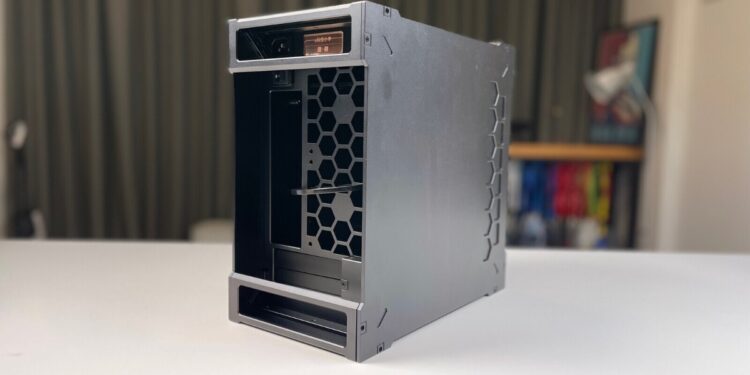 Xiaomi, the Chinese tech giant that has a firm presence in the Indian smartphone market, may be looking to break into the desktop PC segment in the future. The Beijing-based company already has an existing range of laptops, and recent leaks on Chinese social media website Weibo suggest two Windows PCs are also on the way. One of them, dubbed ‘The Host’, will reportedly be a compact mini PC design.

Xiaomi’s purported PC model will include a barebones kit without any internal hardware except for the PSU, an XM22AL5X unit rated at 100W, according to the report. Images also show Windows+M hotkeys, indicating that it will run on Windows could run. Other details are currently unavailable.

The second PC also features a compact design and will reportedly feature the AMD Ryzen 7 6800H APU with a Radeon 680M iGPU, 16GB of memory and a 512GB solid state drive. The report states that the second PC offering will cost CNY 3,999, or about $575. An instant currency conversion brings the price in India to just over Rs 47,000.

The report claims that Xiaomi planned to ditch the screens of the Host Mini PC during the launch of the Xiaomi 13 series in China on December 1. However, the event was postponed with no further updates on a future launch date.

Xiaomi is a major player in the smartphone segment in India and is now a leader in the smart TV space. A recent report placed the manufacturer at the top with 11 percent market share in the segment for the third quarter of 2022. Xiaomi is also present in the laptop segment, offering the Mi Notebook series, Mi Notebook Pro and Mi Notebook Ultra in different price ranges at. points.