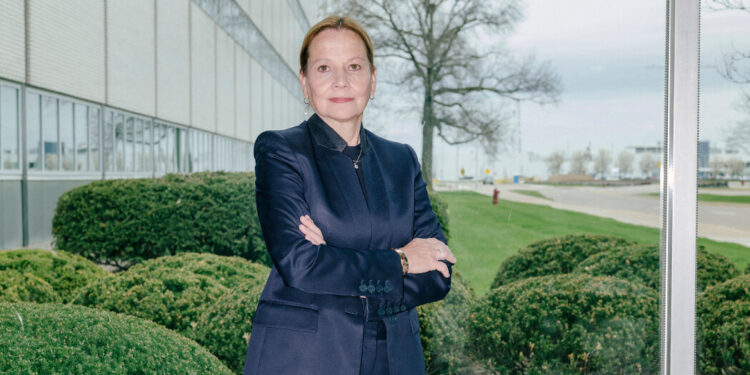 The daughter of a GM mold maker, Mrs. Barra, 60, grew up in Royal Oak, Michigan, and began working as an intern at a GM plant at age 18 while studying electrical engineering at the company’s technical college, now Called Kettering University. She earned a master’s degree in business administration from Stanford through a GM scholarship. Since entering the management ranks, she has held top positions in global manufacturing, human resources, product development and supply chain management.

In January 2014, she succeeded Daniel F. Akerson as CEO and became the first woman to lead a major car company. Ms. Barra led GM through a scandal that stemmed from an ignition switch failure linked to crashes that resulted in more than 100 deaths. She then made a series of decisions that showed that the General Motors that had recently emerged from bankruptcy was not the conservative, unwieldy giant that consumers and investors had known for a century.

In a move that would once have been unimaginable, it decided to pull out of the European market, a slow-growth, low-margin region where GM had been losing money for two decades. GM sold its European operations to the French Peugeot SA, now part of Stellantis. Included in the sale was the Opel division, which had been owned by GM since 1929.

Shedding money-losing companies that had been tolerated for years “helped change the whole mindset,” she said. “The whole company pretty much said, ‘Well, this is a new day.'”

GM, which has long prided itself on developing its own technology, also acquired an automated vehicle start-up, Cruise Automation. In another groundbreaking move, GM has brought in outside investors, including Honda and T. Rowe Price, to share the costs and risks of billions of dollars worth of self-driving vehicles.

Meanwhile, Ms Barra formed a close partnership with Mr Reuss, a contemporary who had run for the top position in 2014. He too spent his career at GM following his own father, Lloyd Reuss, a former president of the company.