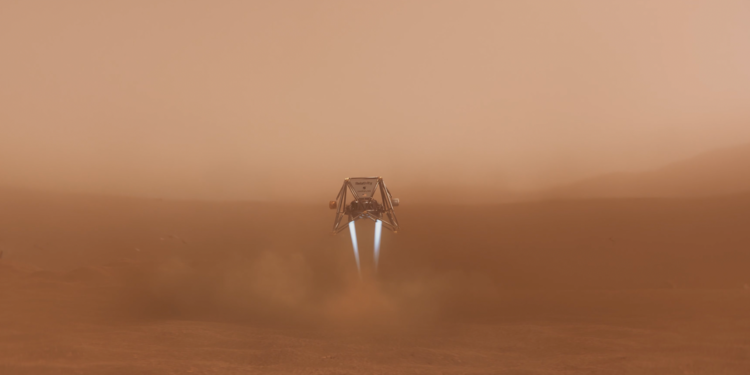 Mr. Mueller said the size and shape of the capsule would be the same as that used for the InSight mission. “It’s like using the same type of heat shield material, the exact same parachute design,” he said. “So we’re just using what NASA has already analyzed and proven a lot on every mission of this magnitude that has successfully gone to Mars.”

The lander would be about the size of InSight, but lighter, Mr Mueller said. The basic configuration wouldn’t even include solar panels and wouldn’t last long, only until the batteries ran out.

Mueller said Impulse began talks this year with the NASA Jet Propulsion Laboratory in California, which manages the InSight mission.

However, a spokesperson for the Jet Propulsion Laboratory said there hadn’t been much work between the lab and Impulse yet. “It seems we’ve had some preliminary discussions with Impulse about this,” said Andrew Good, the spokesperson. “But even though they tried to meet us this year, that meeting hasn’t happened yet.”

The director of NASA’s Mars exploration program, Eric Ianson, said through a spokeswoman at the agency’s headquarters that NASA had had no direct communication with Impulse and had no insight into the details of what the company wanted to do.

In 2020, Rocket Lab said it planned to send a small craft in 2023 to fly past Venus and drop a probe to see if there could be any signs of life in the thick atmosphere. It also has a modest NASA contract to launch two small orbiters to Mars as early as 2024. But Rocket Lab already has 25 successful launches from its tiny Electron rocket, and last month it sent CAPSTONE, another small NASA-funded mission, to the moon. (It should arrive there in November).

A few years ago, SpaceX also had modest Mars plans, which it later abandoned.

In 2016, the company announced that a version of its Crew Dragon astronaut capsule — without human passengers on board — would travel to the surface of Mars as early as 2018. In 2017, SpaceX canceled these plans, dubbed Red Dragon, after changing the capsule’s design to splash in the ocean instead of using rocket engines to land on land. (Water landings don’t work on Mars, where there’s no running water.)