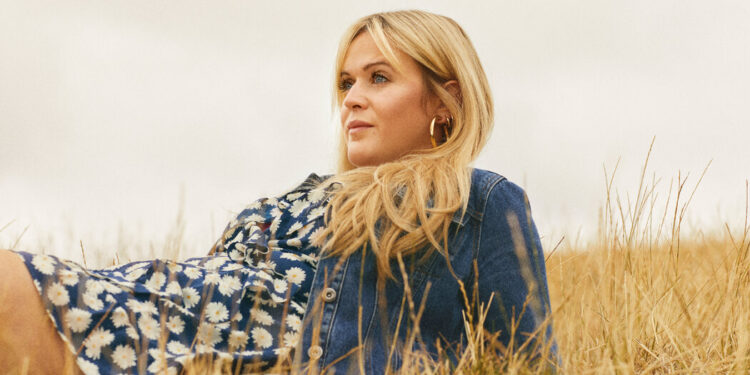 LONDON — Dolly Alderton peered out the window of her old home in Camden Town and peered in to see into the kitchen. She had last visited London’s tree-lined street the year before, “with my friends when we were drunk,” she said. When she asked the current tenants if she could look inside, “they said, ‘Have you written a book about living here?'” she recalls. It was apparently the first thing the landlord mentioned when he advertised the property.

During that visit, the 33-year-old writer was turning that memoir, “Everything I Know About Love,” into a TV show, which premieres on Peacock in the United States on August 25. Both iterations are set in this part of north London – known for its rich rock ‘n’ roll history and graffiti-painted canal – where Alderton has lived for nearly 10 years and which she jokingly described as ‘the second most visited tourist destination in London after Buckingham Palace. ”

During that decade, Alderton worked as a story producer on the British reality TV show ‘Made in Chelsea’, wrote a dating column and created a hit podcast, ‘The High Low’, with journalist Pandora Sykes. But what defined the period for Alderton was being single, in his twenties and living with friends.

When it came to adapting her memoir for the screen, Alderton realized that readers related to how she framed her relationship with Farly Kleiner, her childhood best friend, as “epic and grand and romantic” — a love story. In the series, the two are fictionalized as Maggie (Emma Appleton) and Birdy (Bel Powley). With “ups and downs, tension and craziness, surprise and excitement,” Alderton said, the seven episodes plot the storyline of their relationship like a romantic comedy.

Working Title Films, which made rom-coms like “Notting Hill,” “Bridget Jones’s Diary,” and “Love Actually,” acquired the film and TV rights to the memoir in 2017, when the book was still in the drafting stage.

Eric Fellner, the co-chair of the production company, also chose “Bridget Jones” from Helen Fielding’s book. When he read “Everything I Know About Love,” he “thought this writer has a similar connection to an audience that Helen Fielding had all those years ago,” he said in a recent phone interview, “and maybe this is the millennial version.” Both writers, he added, “can look at their generation in a brilliantly humorous way.”

In a cafe in Primrose Hill, Alderton said that for her generation, “sincerity has gone out of fashion” and that coming of age in the 2010s meant growing up in “a very cynical time”. It’s against this backdrop that “Everything I Know About Love” is set, in 2012 – “literally the year Camden stopped being cool,” Alderton added.

Rebecca Lucy Taylor, better known as pop star Self Esteem, was in an indie band at the time. She contributed three songs to the show’s soundtrack, saying the episodes were “so reminiscent of the ever-competitive alt scene, where everyone tries to seem like they’re not trying.”

Birdy, Maggie and their two roommates, Amara (Aliyah Odoffin) and Nell (Marli Siu), are all “provincial or suburban” and “on the edge of everything — not in a good way,” Alderton said. When they arrive in Camden, all four of them are starving for a big city experience.

This lack of urban initiation is what sets Alderton’s characters apart from their more ambitious ancestors on shows like “Sex and the City” and even “Girls.” Alderton once longed for the glamor of the big city, she said. She grew up in Stanmore, a “comfortable” and “beige-carpet” suburb of north London, she said, where “buses run slow and erratic.” As children, she and Kleiner would ride their scooters down a cul-de-sac and wander the mall without ever buying anything. “All we did was talk and dream,” Alderton said, adding that the lack of stimuli gave her brain “an Olympic workout for imagination.”

Now Alderton is one of Britain’s best-known millennial writers. Between her memoir, podcast, a recent novel and her appearance as a harassing aunt for a British newspaper, many young British women see her as the familiar voice of a good friend.

“There are always women running up to her who want to talk to her,” says Cherish Shirley, a writer and story consultant on “Everything I Know About Love.” Most days, Alderton said, she meets “great, generous, sweet girls” in bars, bookstores or bathrooms who want to talk. “Because I opened a communication channel,” she said, “they speak to me very intimately.”

But after the paperback edition of “Everything I Know About Love” came out in 2019, the amount of attention started to get “unmanageable,” she said. Alderton moved back to her parents’ house for six weeks to spend some time with “very small and very quiet and really hidden,” she said.

For the first time in her career, she also began to distance herself from her work. When adapting her memoir for television, she said she chiseled the show’s protagonist into a character who was less self-conscious and less precocious than herself.

“I see Maggie as ten tracing papers away from me,” Alderton said. Another difference from the book is the addition of color characters, including Amara, a black British dancer. “Critique of the book – which I fully accept – is that it was very white,” she said. This was another reason she made the show “semi-fictional,” she said, and Shirley added that Alderton’s intent was to bring together “a mixed group of women from all kinds of backgrounds” to make up the show’s writers’ room. and fill in its contents. world with authentic, diverse characters.

In March, three months before the show premiered on the BBC in Britain, Alderton had “great doubts” about being put back in the spotlight, she said. Surian Fletcher-Jones, an executive producer on the show, instructed her to get “match fit.” Alderton said she stopped drinking for a while and also started a cognitive behavioral therapy course, billing the sessions to the production.

Simon Maloney, a producer who also worked on Michaela Coel’s “I May Destroy You,” stressed the importance of supporting female showrunners who draw heavily from their personal experiences, Alderton said. “You can’t just take the story out of a woman and leave her alone,” she remembered he’d said.

Alderton described herself as “an oversharer,” but these days she’s thinking hard about how that sharing should happen, posting less on social media. “What I realize now,” she said, “is that people don’t have to go into forensic details of their emotional lives to get people to like them and then interact with them.”

Fellner revealed that Alderton had a studio deal with Universal Pictures for a film adaptation of her fiction debut, “Ghosts.” She is also researching a novel about heartbreak and loss. “The work I do in fiction is still very naked,” Alderton said, as it continues to reference her life even when she’s no longer the main character.

“That’s enough of my heart, and soul, and brain and life scattered everywhere,” she said.