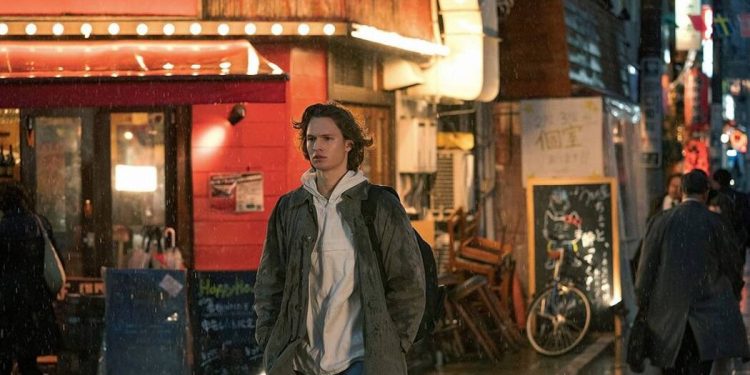 “Tokyo Vice” arrives on HBO Max, shrouded in layers of nostalgia, starting with the title, which sounds like a come-on from Cinemax’s late-night heyday. It’s a fairly tasty handroll of yakuza drama and an early 20th-century American coming-of-age story, and it’s generous with the spices the combination promises: full-body tattoos and missing fingers, point -and- shooting cameras and bonding over the Backstreet Boys.

It also indulges a full degree of Western fetishization of Japanese coolness and the idea of ​​Tokyo as the world’s most stylish den of sin, in a way that occasionally recalls the movie “Lost in Translation,” which came out around the time the series was released. kit. Hostess and host clubs, love hotels, picturesque alleys around the corner from glittering seas of neon – you know the drill.

And like “Lost in Translation,” with its voluptuous, melancholy romanticism, “Tokyo Vice” refines its exoticism by adopting a distinctive style—in this case, the moody, atmospheric naturalism of Michael Mann, who directed the pilot (one of the three episodes premiering Thursday) and helped define the look and rhythm of the series.

After opening with a flash-forward to Jake (Ansel Elgort) in a dangerous showdown, the show shifts back to 1999, when he passes the newspaper’s hiring exam. As part of the genre package, “Tokyo Vice” is also an above-average journalism story, and the interplay between Jake, two new colleagues (Kosuke Tanaka and Takaki Uda) and their editor (Rinko Kikuchi) gives the show structure and an undercurrent of tantalizing office comedy. .

However, the focus is on a few more traditionally melodramatic groupings, both romantic in their own way. One involves Jake, a soulful young yakuza he befriends named Sato (Show Kasamatsu) and a secretive bar hostess to whom they are both attracted, Samantha (Rachel Keller from “Legion”).

Neither the screenplay nor the performers give the Jake-Sato-Samantha situation any heat, however; due to the five episodes (out of eight) available for review, not much has happened, and it’s hard to care if anything will. Fortunately, there’s more going on in another triangle, the one involving Jake, the yakuza in general, and Hiroto Katagiri, a Japanese cop (Ken Watanabe).

Here we get the pleasure of seeing Watanabe, the powerful Japanese actor known to Western audiences from the recent “Godzilla” movies and the 2018 remake of “The King and I”, who embodies a frustrated detective who is unwilling to is to take bribes or stand by while the yakuza conduct business as usual.

Hiroto is smart and pragmatic enough to notice that Jake – using his journalistic instincts and his American brashness – has gained access to the criminals that the police can exploit to prevent an on-going gang war. But he’s also compassionate enough to want to protect Jake and teach him to navigate the Tokyo underworld, and Watanabe conveys both sides of the character with thrift and style.

As you might have guessed, the story mechanics in “Tokyo Vice” are known from decades of both Japanese and American gangster movies. But they’re treated with enough respect and professionalism, and just enough imagination, to make another ticket to this particular Shinjuku carnival ride worth the investment, at least if you’re inclined to indulge in relaxed neo-noir.

That’s a pleasant surprise that develops as you watch the show. Another example is the work of Elgort, the young actor – just turned 28 – who made a name for himself as a teenage heartthrob, and whose performance as Tony was not one of the more prominent features of Steven Spielberg’s “West Side Story.”

He still doesn’t give what you’d call a fully fleshed out performance, but the lanky enthusiasm, impatience, and casual American arrogance of the half-formed Jake suit him well, and he feels comfortable and engaging in the role. (He also delivers much of his dialogue in Japanese, which he reportedly learned for the series.) As he frantically cycles the streets of Tokyo, dressed in Jake’s obligatory cheap suit and ubiquitous backpack, we can heave a collective sigh for our youth.