Stephen Colbert Condemns Trump’s Digging for Dirt During a War 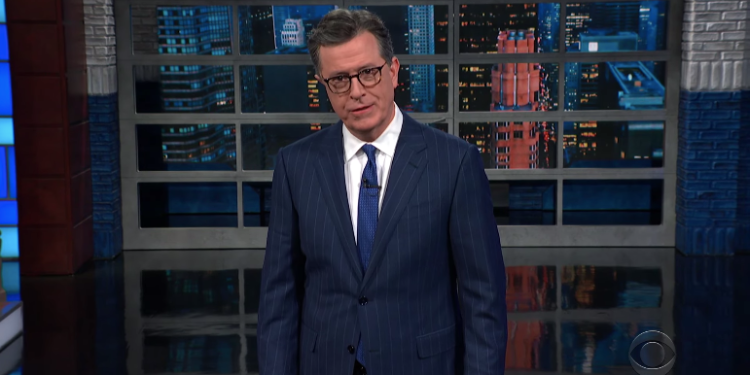 “Representative. Dan Crenshaw from Texas said, “It does give a picture here that isn’t right.” Thank God, because that photo is too bad to be real. I interviewed 80 congressmen, and I would have sex with two and a half of them. Not at the same time of course – I’m not in the GOP” —STEPHEN COLBERT

“Oh, please don’t name names, because all those names belong to faces we know.” —SETH MEYERS

A 72-year-old grandmother from the Bronx twerked for Jimmy Fallon on Wednesday’s “Tonight Show.”