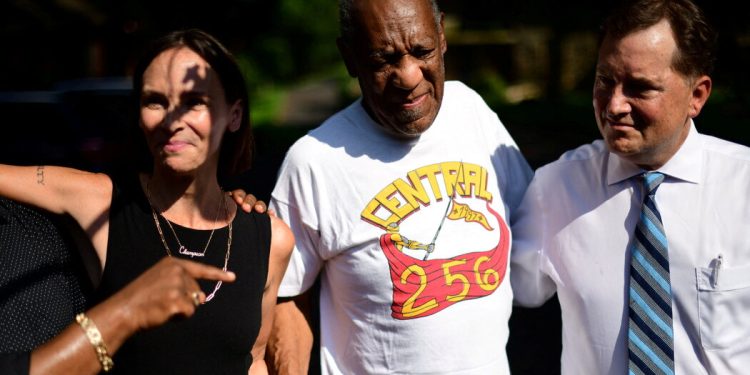 In an injunction issued Monday, the court said it had refused to hear the case brought by prosecutors in November last year.

Prosecutors had charged Mr Cosby with sexual assault in connection with a meeting with Andrea Constand at his home outside of Philadelphia in 2004 and he was convicted in 2018. The Supreme Court decision upholds a Pennsylvania appeals court decision earlier last year. that the conviction of Mr. Cosby under due process.

In June, Mr Cosby went free after serving less than three years of a three- to 10-year sentence.

His release followed a Pennsylvania Supreme Court ruling that Mr. Cosby’s rights had been violated when the Montgomery County District Attorney’s office filed a criminal case against him, despite what the appeals court ruled a binding “non- prosecution agreement” had been given to him by a previous prosecutor.

It was a dramatic turning point in one of the first high-profile criminal convictions of the #MeToo era.

The request for review filed by the district attorney’s office challenged that decision, arguing that the Pennsylvania Supreme Court made a mistake in its ruling.

A spokesman for Mr Cosby, Andrew Wyatt, welcomed the move. “On behalf of Mr. and Mrs. Cosby and the Cosby family, we would like to express our sincere gratitude to the Justices of the United States Supreme Court for following the rule of law and protecting the constitutional rights of ALL US citizens,” he said. said in a statement.

A spokesman for the Montgomery County District Attorney’s office did not immediately comment.