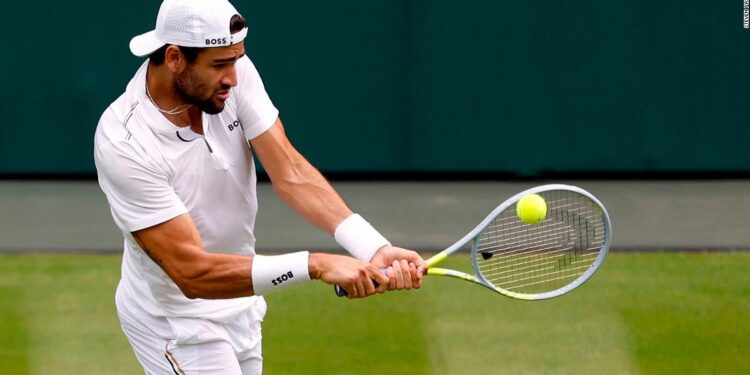 
The Italian, one of the favorites for the men’s singles title, said he was “heartbroken”.

“I have had flu symptoms and have been in isolation for the past few days. Despite the symptoms not being serious, I decided it was important to take another test this morning to ensure the health and safety of my fellow competitors and everyone else involved in the tournament. were involved,” the 26-year-old wrote on Instagram.

“I have no words to describe the extreme disappointment I feel,” added Berrettini, who was scheduled to play his opening game on Tuesday.

“The dream is over for this year, but I will come back stronger.”

Berrettini, who lost to Novak Djokovic in the final last year, was again seen as one of the top contenders this year after winning consecutive titles on grass, at Stuttgart and Queen’s Club respectively, in the run-up to Wimbledon.

Wimbledon expressed their condolences to the eighth seed, to write: “We will miss you, Matteo – come back stronger in 2023.”