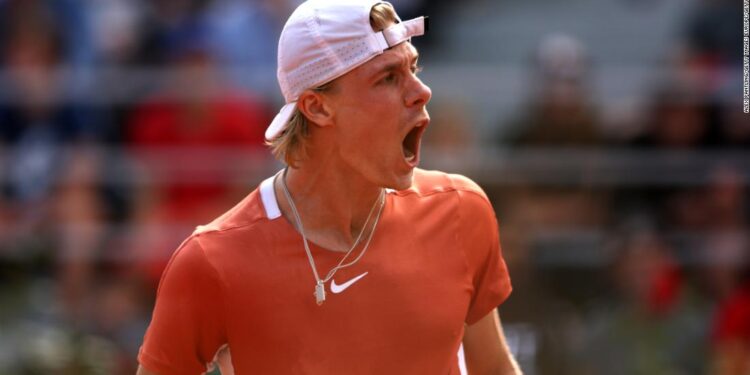 In the second set of his 7-6 3-6 6-3 win against Italian Lorenzo Sonego in Rome, Shapovalov was penalized after going over the net to show the referee a ball mark on the pitch.

The incident caused booing to ring through the stadium, and Shapovalov briefly interrupted his protests with the referee to yell “shut the f**k up” at a fan.

“He just told me to get off the field, get out of there, wave me off the field. He was obviously trying to get under my skin or something,” Shapovalov told a news conference, according to Reuters.

“I think the referee should just keep an eye on it if a player says something.

“The reason (the cheater) wasn’t kicked out was because (the referee) told me he didn’t see what was happening. That’s very understandable. I feel like he was watching him after that. difficult afterwards.”

Shapovalov, who will face Nikoloz Basilashvili in the next round of the Italian Open, later apologized to the umpire for losing his cool.

He added that tennis could be tougher on hecklers and take a similar approach to the NBA.

“They’re pretty strict, the security and everything, that (fans) don’t cross the border. If they do, they get kicked out right away,” Shapovalov said.