Nick Kyrgios tests positive for Covid-19 ahead of Australian Open 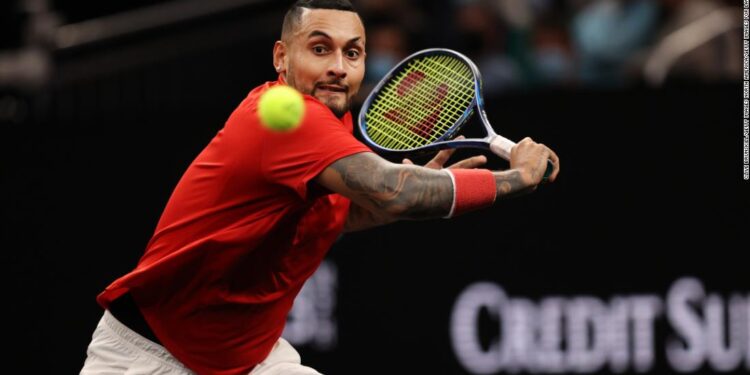 The 26-year-old added that he feels “healthy with no symptoms at the moment” after confirming his result on Instagram and withdrawing from the Sydney Tennis Classic tournament on Monday. The Australian Open starts on January 17.

“I just want to be open and transparent with everyone, the reason I had to leave Sydney is because I tested positive for Covid,” Kyrgios said on Instagram.

“I wish everyone all the best and stay safe where you can. If all goes well, I’ll see you all at the Australian Open,” added Kyrgios.

Last week, Kyrgios withdrew from the Melbourne Summer Set event after suffering from an illness affecting his asthma.

He tested negative for Covid-19 at the time, but his positive result means Kyrgios, who reached the quarter-finals of the Australian Open in 2015, has not played a competitive tennis match since his straight sets defeat to Stefanos Tsitsipas in September.

On Friday, Kyrgios criticized the “really bad” treatment of Novak Djokovic, who was blocked from entering Australia after his visa was revoked.

However, a judge ruled on Monday that Djokovic, who has not been vaccinated, will be allowed to defend his Australian Open title after overturning the government’s decision to revoke his visa.

Nevertheless, Australia’s immigration minister, Alex Hawke, still has the power to revoke Novak Djokovic’s visa to play the first grand slam of the tennis season, to be held in Melbourne.

“Look, I absolutely believe in taking action, I’ve been vaccinated because of others and for the health of my mothers (sic), but how we’re handling Novak’s situation is bad, really bad,” Kyrgios wrote on Twitter on Friday.

“Like these memes headlines, this is one of our great champions, but in the end he’s human. Do better.”