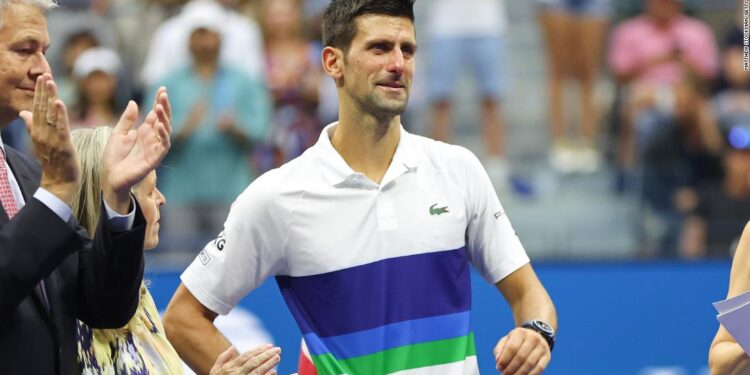 However, the inclusion doesn’t mean that either one will definitely play.

Williams returned to Grand Slam action at Wimbledon this month after a one-year hiatus, but was knocked out in the first round after a three-hour, 11-minute battle with France’s Harmony Tan.

But Williams, who turned 40 last September, is refusing to give up her pursuit of a 24th Grand Slam title, five years after she claimed her last at the Australian Open. She is currently competing in tournaments to be held in Toronto and Cincinnati later this summer.

Meanwhile, more than 23,000 people have signed an online petition on change.org calling on the United States Tennis Association (USTA) and the US government to allow Djokovic to compete in the grand slam.

Djokovic’s refusal to take the Covid-19 vaccine has hampered his participation in tournaments around the world, with the Serb unable to defend his Australian Open title in January after being evicted after a period of detention.

He later told the BBC he would be willing to miss tournaments to maintain his unvaccinated status and he has abstained from playing in several tournaments throughout the year, including those in the US such as the Miami Open and Indian Wells.

He has played in two grand slams this year: the French Open, where he lost to eventual champion Rafael Nadal in the quarter-finals, and Wimbledon, where he won his fourth in a row by beating Australian Nick Kyrgios in the final.

“Under the Grand Slam Rule Book, all eligible players will be automatically entered into the main draw fields of the men’s and women’s singles based on the rankings 42 days prior to the first Monday of the event,” the USTA said in a statement Wednesday.

“The US Open does not have a vaccination mandate for players, but it will respect the US government’s position regarding travel to the country for unvaccinated non-US citizens,” it added.

Currently unable to enter the United States – and with his Australian Open participation also in doubt over laws that could ban him from entering the country for another three years – Djokovic’s next appearance at a grand slam would be the 2023 French Open.