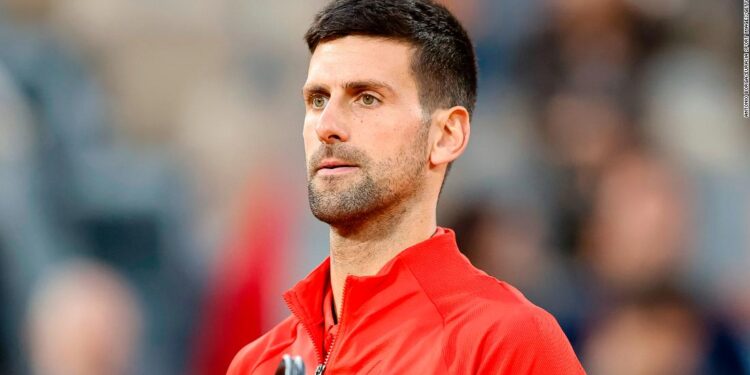 Wimbledon, the third of the four grand slams on the tennis calendar, is arguably the most famous tennis tournament in the world. But this year, the men’s and women’s professional tours, along with the International Tennis Federation (ITF), have opted to strip the grand slam of its ranking points following the tournament’s organizers’ decision to ban Russians and Belarusians. to participate in this year’s event.

“Together I am happy that players have come together and showed at the grand slam that if a mistake is made, we have to show that there will be consequences,” Djokovic told reporters on Monday.

“I think it (the Wimbledon ban) was the wrong decision. I don’t support that at all. But at the moment it is a sensitive subject and whatever you decide, it will cause a lot of conflict,” he added.

The All England Lawn Tennis Club (AELTC) said in a statement Friday that it stands by its decision. Wimbledon organizers said in April that Russians and Belarusians would not be allowed to participate in this year’s tournament.

In a statement, the AELTC said it was “unwilling to accept that success or participation in Wimbledon be used in favor of the Russian regime’s propaganda machine, which, through its tightly controlled state media, has a recognized history of using sporting success.” for a triumphant story to the Russian people.

“We would therefore like to express our deep disappointment at the decisions taken by the ATP, WTA and ITF in removing ranking points for The Championships. We believe that these decisions are disproportionate in the context of the exceptional and extreme circumstances of this situation and the position we found ourselves in, and were detrimental to all players participating in the Tour,” the statement added.

Tennis governing bodies had banned Russia and Belarus from international team competitions after the invasion.

However, individual players from the countries are allowed to participate in the ATP and WTA Tours, but not under their country’s name or flag.

Djokovic said he would still play at Wimbledon this year, but criticized the organisers’ lack of “strong communication”.

“On a personal level, of course, without getting a chance to play and defend my 4,000 points from Australia and Wimbledon, I will drop them this year,” he said.

“It’s a very unique and weird situation, but a grand slam is a grand slam,” he said, adding that Wimbledon “has been my dream since childhood.”

“I’m not looking at it through the lens of points or prize money, but there should be some standards with some mutual respect,” he said.

“This is one of those decisions where there will always be someone who will suffer more. It’s a lose-lose situation.”

Meanwhile, four-time grand slam champion Naomi Osaka said she isn’t sure she will play Wimbledon this year, calling the points-less tournament “like an exhibition”.

“The intent of this measure was good, but the implementation is ubiquitous,” she said Monday.

“I feel like if I play Wimbledon with no points, it’s more of an exhibition. I know this isn’t true, right? But my brain just feels that way. Whenever I think something is like an exhibition, I can just don’t go for it 100%.

“I haven’t even made my decision yet, but I’m leaning more towards not playing given the current circumstances,” she added.