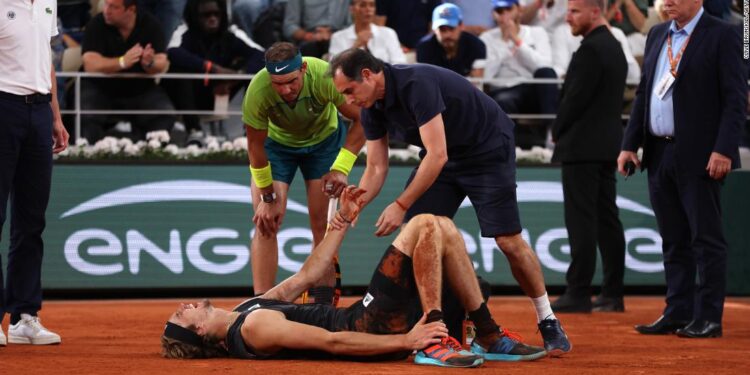 After losing the first set 7-6 (8) in a tiebreak, Zverev led 6-5 in the second set of the semi-final when the German sprained his ankle on a forehand shot. Zverev immediately fell and screamed in pain, clutching at his right ankle.

The 25-year-old had to be taken off the field in a wheelchair before finally coming back out on crutches to address the crowd. The spectators gave Zverev a raucous ovation as he shook hands with the referee and hugged Nadal.

As a result of the injury, Nadal was victorious and continues his quest for a 14th title at Roland Garros and a record-lengthening 22nd grand slam title. On Sunday he will take on the winner of Friday’s match between Norwegian Casper Ruud and Croatian Marin Cilic on Sunday.