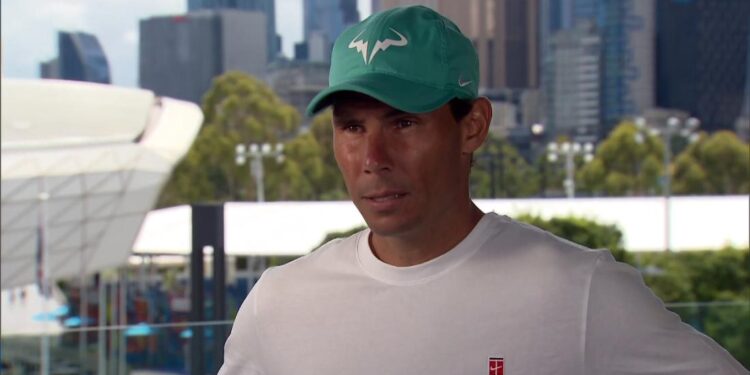 
In an interview with DailyExpertNews on Saturday, the 35-year-old, who is in Melbourne for next week’s Australian Open, appeared to express frustration at how Novak Djokovic’s back-and-forth visa saga has overshadowed the tournament, describing it as a “circus. “

Djokovic was detained by Australian border authorities on Saturday morning, in accordance with a court order ruled Friday after his visa was revoked for the second time by Australian immigration minister Alex Hawke.

The man’s No. 1 will now spend Saturday night in pre-immigration detention before appearing before a federal court hearing Sunday morning, Australian time, in a last-ditch effort to overturn the ruling.

“I’m just a player who sees the circus from the outside. But, like I said, I’m a little tired of this thing,” Nadal told DailyExpertNews. “I think it went too far. I wish Novak all the best. And that’s it, I want to play tennis.”

The former world No. 1 is looking to expand his tally to 20 majors – a record he shares with Roger Federer and Djokovic – when the tournament kicks off next week. Nadal confirmed that he had not seen or spoken to Djokovic in recent days.

When asked about the impact of Djokovic’s skepticism about vaccines on members of the public who see the world No. 1 as a role model, Nadal said that while he respected his competitor, “people who are in a position to have an impact on other people have to be responsible.”

“I respect him as a person. Of course a lot as an athlete. Even though I don’t agree with his way of thinking about how this pandemic should continue,” said Nadal. “I really believe in vaccination… and when you make your decisions it has some consequences… We’ve done a lot of things together. I think positive things for our sport and I wish him the best,” said Nadal.

“What we are dealing with worldwide is much, much more important than tennis and tennis players… millions of people have already died and many families have been suffering the effects of this terrible pandemic for almost two years,” he added.

Nadal, who is returning from a foot injury, said the Australian Open “would be great with or without Novak Djokivic”, adding that there is none more important in the history of the sport than the sport itself.