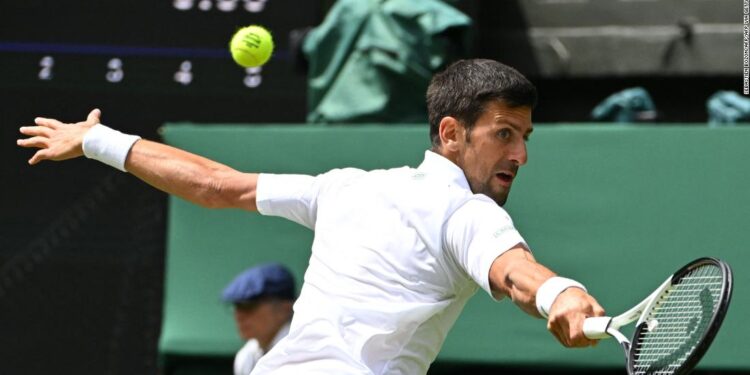 The Serb, who was aiming for a fourth consecutive Wimbledon crown, barely broke a sweat on Center Court as he dominated his Australian opponent the entire time, further cementing his position as the favorites for the men’s singles this year.

The win saw Djokovic win 23 straight at Wimbledon – a run stretching back to the quarter-finals of 2017 – as well as his 81st at the tournament.

After being tested in his opening match against world No. 81 Kwon Soon-hoo, this match was more of a parade for the defending champions, as Kokkinakis, 26, simply couldn’t find his way past Djokovic.

The leader then takes on compatriot Miomir Kecmanovic.

“I am very happy with my performance. I started very well, solid from the back of the pitch, made him work for every point and worked him around the pitch,” said Djokovic in his interview on the pitch after the game.

“I’m happy with the way I’ve raised the level of tennis over the past two days. Obviously just thinking about the next challenge and hoping things get better during the tournament.”

After a year that brought a lot of uncertainty for the Serb, he said he enjoyed playing at the biggest events.

“You don’t think about numbers when you start playing tennis,” he said. “99% of the kids who pick up a racket have dreams and passion for the sport.

“When you come down to yourself, you go back to that inner child and remember why you started playing the sport, and anything you accomplish is a bonus.”