Stefanos Tsitsipas advances to the fourth round of the Australian Open, but did not know he had won 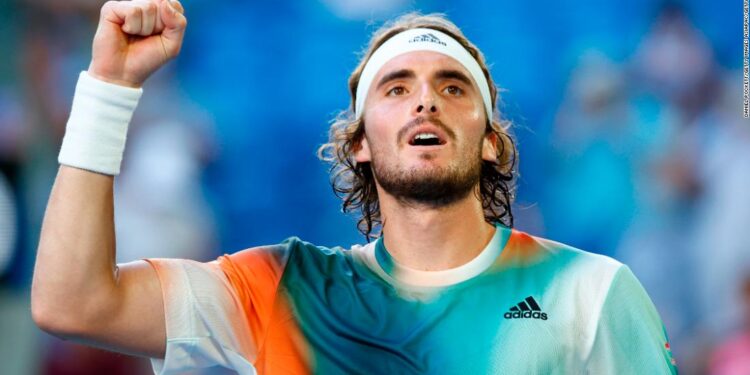 Against three match points, Paire could only hit his forehand into the net, meaning Tsitsipas had advanced to the fourth round of the grand slam with a 6-3 7-5 6-7 (2-7) 6-4 victory.

However, as the fans rose to applaud Tsitsipas and instead of rushing to the net to celebrate, the Greek fourth seed went to the back of the field as if expecting another service game.

The referee’s announcement of his victory made him realize that he was victorious and he quickly turned, with surprise on his face, to go to the net to shake Paire’s hand and then began to celebrate his victory appropriately. .

Tsitsipas was twice a semi-finalist in Melbourne and was nothing but compliments to Paire after their hard-fought encounter.

“I’m quite happy with the win. Benoit is one of the greatest talents in our game, he has a lot of feel for the game,” said Tsitsipas.

“It was a very important win for me today and also very special to play in this arena and share it with the public.”

Tsitsipas will face Taylor Fritz in the next round, after the American defeated Roberto Bautista Agut in five sets on Saturday.

Elsewhere, world number 2 Daniil Medvedev also reached the fourth round of the Australian Open with a direct victory over Botic van de Zandschulp.

Medvedev, the US Open champion, will face American Maxime Cressy in the last 16.

The 25-year-old Russian is the highest ranked player left in the draw and looked impressive during the opening stages of the tournament.

“Of course I don’t want to stop [at] round four, but I’m very happy,” said Medvedev afterwards.

“(At a) Grand Slam, every round is very tough and even today if the score doesn’t show this, I feel like it was a tighter game than the score.”