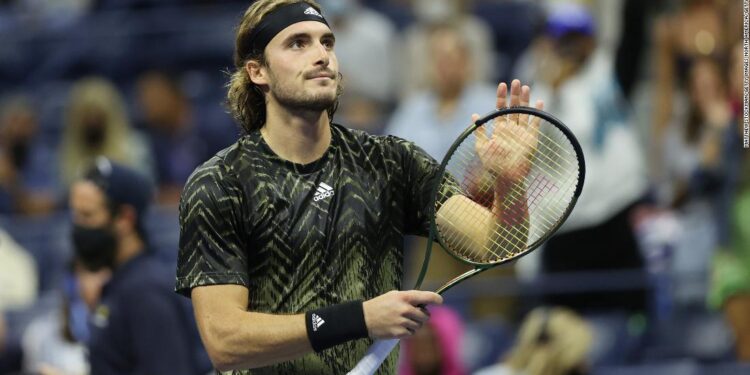 The world number three infuriated Andy Murray, his opening round opponent, during their five-set epic on Monday with two long trips to the bathroom, prompting the Scot to call out Tsitsipas after the game.

In his 6-3 6-4 6-7 6-0 win over Frenchman Mannarino on Wednesday, Tsitsipas was again off the field for over eight minutes and was booed by parts of the crowd on his return.

The delay was so long. Mannarino asked to hit some balls while waiting to ensure he didn’t stiffen, something Murray said he struggled with due to Tsitsipas’ breaks.

Tsitsipas insisted the breaks were “important” to him.

“First of all, you carry less weight on you with all the sweat,” he told reporters. “You feel rejuvenated, you feel fresh and you don’t have all the sweat that’s bothering you and getting in your face, on your fingers, all over your body. You feel better.

“For me it’s important to take that break. For someone else probably not and everyone has their own time. I try to be as fast as possible. Sometimes I just need a little more time. That’s all.”

When a reporter told him he was out of the track for more than seven minutes, Tsitsipas replied: “I’d like to know what the rule is… the rules are there to follow, aren’t they?

“If I break a rule, I’m guilty of course. I agree, I’m doing something wrong. If I follow the guidelines, what’s the problem?”

Tsitsipas tried to respond to Murray’s criticism by asking a reporter how long it took the Scotsman for a toilet break during his 2012 US Open victory over Novak Djokovic, but was not given the answer he was hoping for.

When a reporter told him it was less than three minutes, Tsitsipas asked, “Okay, so three minutes more makes a difference?

“I haven’t done anything wrong,” he added. “So I don’t understand. People love the sport, they come to watch tennis. I have nothing against them. I love the fans.

“Sometimes we need a little break to do what we need to do.”

Tsitsipas will now face Spanish teenager Carlos Alcaraz in the third round.