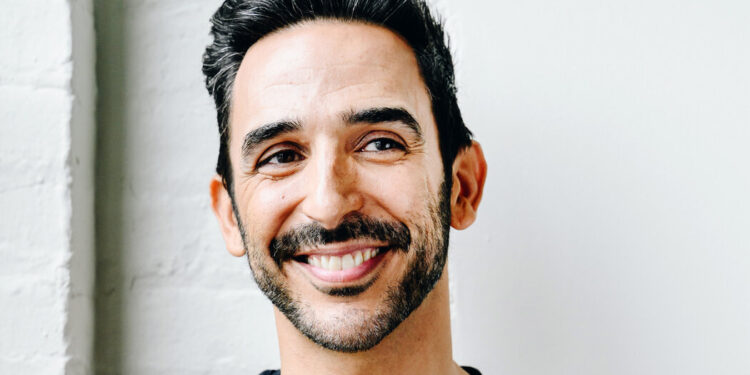 An early scene in the new Broadway play “The Kite Runner” is mostly spoken in Dari, the Afghan dialect of Farsi, although the action depicts a distinctly American art form.

“This town isn’t big enough for the two of us!” the 12-year-old Amir exclaims to his best friend, Hassan. The two boys, posing as cowboys, love American westerns, especially “Rio Bravo” with John Wayne. After a standoff, Hassan attacks Amir, but Amir trips him and Hassan trips and falls. They struggle, tumble and giggle – blissfully unaware of the dark forces that will soon tear them apart.

The place is Kabul, it’s 1973 and the two actors playing the boys are actually adults. One of them, Amir Arison, 44, the veteran stage actor who recently left NBC’s hit series “The Blacklist” after nine seasons, portrays Amir as a young boy and an adult.

The show, which is scheduled to premiere on July 6 at the Helen Hayes Theater, is based on Khaled Hosseini’s popular 2003 novel of the same name. It tells the story of Amir, a privileged Pashtun boy who grows up alongside Hassan, the Hazara son of his father’s servant. After a cowardly act of childhood, Amir spends most of the play thinking about and trying to atone for his failure to come to the rescue of his best friend.

Playing Amir as both a child and an adult, Arison jumps between portraying his childhood memories and telling them from the present. He doesn’t leave the stage once.

It may be a daunting role, but Arison, who broke his teeth on Off Broadway stages before acting as an FBI counter-terrorism expert on some 160 episodes of “The Blacklist,” is up for it.

Over the years, he played a flashy Iraqi dermatologist in the documentary drama “Aftermath”; a mysterious newlywed in Christopher Durang’s dark comedy “Why Torture Is Wrong, and the People Who Love Them”; and a government accountant in Stephen Belber’s “The Muscles in Our Toes,”

Still, he recently said over lunch, this role is the biggest challenge of his professional and personal life. “In the theater you cut a vein open,” he said. “You give your voice, your body, your mind and your soul.”

Matthew Spangler, who adapted the story for the stage, said of the role: “It raises the bar for that actor quite a bit, but then it really becomes something of a virtuoso.”

While casting director Laura Stanczyk and cultural advisor Humaira Ghilzai got Afghan actors to audition (and made it easy), the role of Amir eventually went to Arison, an Israeli-American. He grew up in Florida as the son of Israeli immigrants; his mother was born in a refugee camp of Holocaust survivors.

In March, when Arison landed the audition for Amir, his first phone call was to Ghilzai, whose family fled Afghanistan after the Soviet invasion. He didn’t know about her affiliation with the show, but he had worked with her twice before — once for his role as a colonel in the Pakistan Army in a West Coast production of JT Rogers’ “Blood and Gifts” — and asked for advice on his accent.

Arison is a chameleon, Ghilzai said: he played Afghans, Arabs, Americans and “metamorphoses into whatever you want him to be.”

“The Kite Runner” was first performed in 2007 at San Jose State University, where Spangler teaches performance studies. The first professional production took place in 2009 and has since been staged in several countries. The Broadway production, directed by Giles Croft, is based on the version shown at Nottingham Playhouse in 2013 and at Wyndham’s Theater in the West End three years later. (The piece †usually operates at the level of childish fables, satisfyingly schematic but frustratingly simplistic,” wrote Stephen Dalton in a Hollywood Reporter review.)

The book — published two years after the 9/11 attacks and the subsequent US invasion of Afghanistan to overthrow the Taliban — has captivated millions of readers around the world. Now the play arrives on Broadway, nearly a year after the United States withdrew from Afghanistan and the Taliban regained power.

Hosseini’s story gave readers a rare inner perspective on Afghanistan and the intricacies of life there, but it also, as Arison noted, has universal themes of immigration, power, redemption, and father-son relationships.

“The immigrant story never goes away,” Croft, the director, said in an interview. “Most of us have it in us somewhere. Even if we haven’t experienced it ourselves, someone from our background will have traveled somewhere they think is better or safer. So we carry it with us.”

As did Hosseini, whose family sought political asylum in the United States in 1980 after the Soviet military invaded the country, and told The Times last year that he still “has a perspective, and I feel strongly about what’s going on in Afghanistan.” (In “The Kite Runner,” Amir and his father also flee Afghanistan — first to Pakistan, then to the United States.)

Along with Arison, the cast has deep roots in the Middle East and South Asia. Azita Ghanizada, who plays Amir’s wife, Soraya, and Salar Nader, who plays the tabla on stage throughout the show, are both Afghan.

“It’s really heartwarming for me to see how committed they are to representation,” said Ghilzai, the cultural advisor, of the cast members. “I think because their culture has been so misrepresented that they want to do it really, really, really well.”

Still, putting a non-Afghan in the central role was not a light choice.

“The thing that changed it for me,” Croft said of Arison’s casting, “was that he has an inherent warmth, generosity, and vulnerability — all traits that the character has.”

While coaching the cast and creative team, Ghilzai guided actors through Dari statements – including the names of characters and cities. The dialect is scattered throughout the script.

An actor recently asked Ghilzai about Afghan body language: what should he do if he loses in a match? She advised giving a thumbs up, a Middle Eastern insult. (They later replaced it with a different gesture so that the meaning wouldn’t get lost in the translation.)

This production is Ghilzai’s first engagement as a consultant, and she worked closely with Spangler and Croft to re-evaluate the text. In a pivotal scene in Act II, Assef (Amir Malaklou), the neighborhood bully turned Taliban member, taunts Amir, who has returned to Afghanistan from America.

“But America isn’t all bad,” Assef tells him. “You know who taught me to use a Stinger missile? your CIA”

The line grew out of conversations between Ghilzai, Spangler and Croft and was added for this production. It recognizes the role US foreign policy has played in the militarization of various groups in Afghanistan.

In his latest episode of “The Blacklist,” Arison’s quirky character Aram Mojtabai told his colleagues that he’s leaving the FBI and planning to move to New York, where he’d likely see “a Broadway show,” among other things. (The episode left open space for him to return.)

On Twitter, the actor explained to fans that he was a huge fan of Hosseini’s novel, had performed his first play in second grade and could not pass up the lifelong dream of being on Broadway himself.

While his role there is “the most unheroic hero you’ll ever see,” he said in the interview, he’s come to see it personally in ways he didn’t expect.

At the beginning of the second act, Amir and his father are hidden in a tanker, fleeing Afghanistan to neighboring Pakistan. Soviet soldiers stop the truck and father and son do not know whether they will live or die.

“The other day I just lost it because I was thinking about my grandparents — that’s what happened to them,” Arison said. “That’s another way I connect, even though I’m not Afghan.

“So I hope – and I think every audience should take what they want,” he added, “that through an individual story we don’t forget that history repeats itself.”