Artistically in sync and reunited for ‘The Merchant of Venice’ 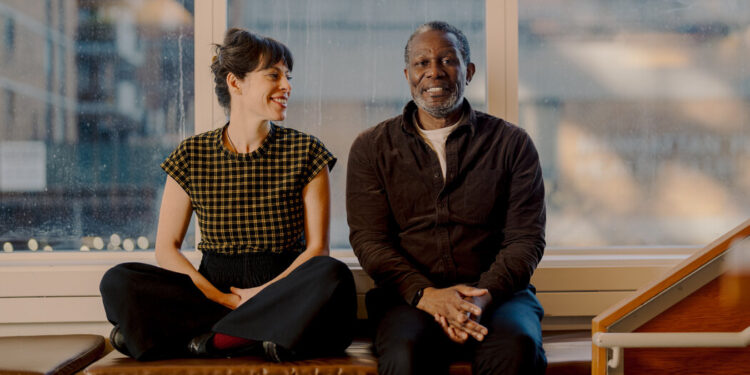 It helps to immerse yourself that way, and he likes that each version has different notes from scholars, with possibly slightly varied text. He has more copies of “Othello” – 16 or 17, he thinks.

Arbus praised the wisdom of preserving multiple editions, citing a version of “Othello,” whose editor assigned one of Desdemona’s lines to Emilia, discarding a key to Desdemona’s character in the process.

“You see?” Thompson wondered. “That’s fascinating. By a line.”

Later, on the phone, Arbus would say that part of what makes Thompson so captivating on stage is that “his nerves are closer to his skin than many people’s because he’s very sensitive to language, very sensitive to other actors.”

“It’s these great stories that I feel satisfy his soul in a way that maybe nothing else does,” she said.

But that afternoon in the rehearsal room, Thompson was talking about confidence—how he’d probably say yes to another Shakespearean play with Arbus before she even told him which one she had in mind.

Arbus, a little bit down on his bait, didn’t mention a title, just a possible role, as far removed from Shylock and ‘The Merchant of Venice’ as Shakespeare might be—the weaver turned into ‘A Midsummer Night’s Dream’. ”