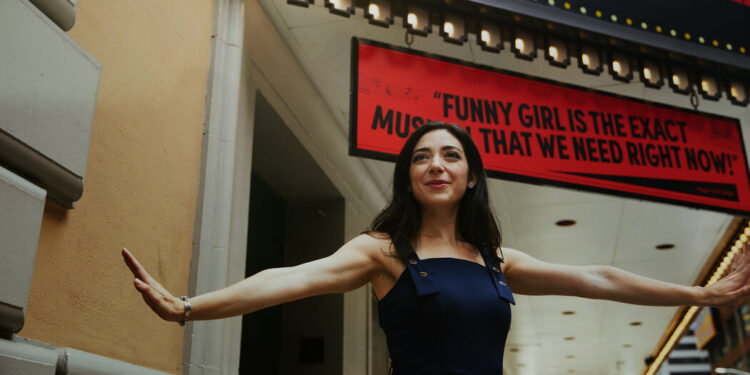 Once she got the job, Benko was more focused on learning the quirks and mannerisms of the real-life Fanny Brice the musical is based on: a comedic actress who rose to fame in the Ziegfeld Follies and fell in love with the slick gambler and con artist. Nick Arnstein (played by Ramin Karimloo). Before rehearsals began in February, Benko read out biographies of Brice and excerpts from her diaries. She teamed up with an archivist at the New York Public Library for the Performing Arts to review old footage of Brice doing crazy dances and twisting her face into silly expressions.

As Feldstein rehearsed, Benko sat on the sidelines, taking notes and recording details about the pace and intent behind the lines of dialogue. After rehearsals ended, Benko ran lines with her husband and musical collaborator, Jason Yeager, in their living room. She sang throughout the score almost every day to build stamina, practicing the tap sequences of “Rat-Tat-Tat-Tat” in a large mirror, Yeager recalled.

Rehearsals were mainly focused on the main cast, so it wasn’t until the day of her first performance, on April 29, that Benko was allowed to go through a stage rehearsal with costumes, lights and microphones.

As she walked onto the stage that night, Benko was startled to be greeted with applause at the entrance – entrance applause! “It was probably the most exciting moment of my life,” she said.

She was comfortable with the onstage choreography, but it was the offstage choreography—particularly the show’s many costume changes—that was harder to practice. The show, which follows Brice from her late teens to her early 30s, features four wigs and 21 costumes, 19 of which are quick changes that must take place within a minute.