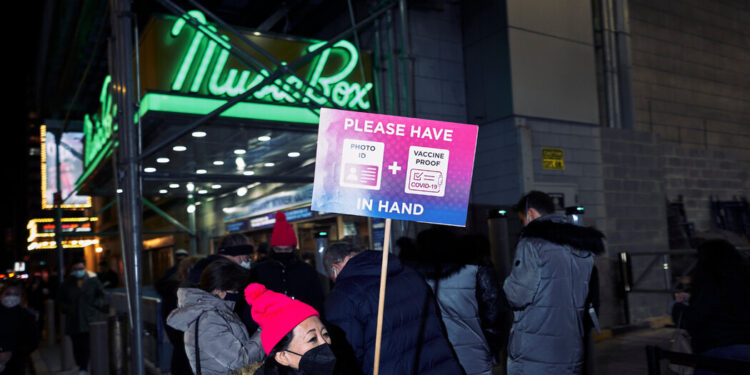 During the industry’s best fall season — Thanksgiving week — “Hamilton” grossed over $3 million, and “The Lion King,” “Wicked,” and “Harry Potter and the Cursed Child” each grossed over $2 million. .

The effect of the Tony Awards, which were presented on September 26 in an effort to show the reopening of Broadway, is difficult to determine. “Moulin Rouge!”, which won best musical Tony, sold well through the fall, but less than in the fall of 2019 (the week before Thanksgiving last year, the musical grossed $1.5 million; the same week in 2019 , it grossed $2 million).

The fall has been especially rough for plays, which often struggle in an era where Broadway is dominated by major musicals. Acclaimed plays like ‘Pass Over’, ‘Is This a Room’ and ‘Dana H’. played for houses that were sometimes half to two-thirds empty.

Other than “Lehman,” “Thoughts of a Colored Man” was the best-selling new plays, grossing over $400,000 in a few weeks. It has since closed, like every other play that ran on Broadway last fall, except “Cursed Child.”

There were also, as always, musicals that struggled as well. The new musical “Diana,” which garnered critical acclaim and closed a month later, played in 51 percent capacity homes and grossed $374,000 (for seven performances) in the week ending December 12. “Girl From the North Country,” which has closed but says it plans to reopen in the spring, played to 47 percent of the audience that week and grossed $323,000 that week, and “Flying Over Sunset,” that ended early, played to a 69 percent audience, and grossed $323,000 that week.

‘Jagged Little Pill’, the musical with songs by Alanis Morissette, did better than those shows, but not well enough to last. The show played to houses that were about four-fifths full in the late fall, and it grossed $768,000 the week of December 12. A week later it was closed.