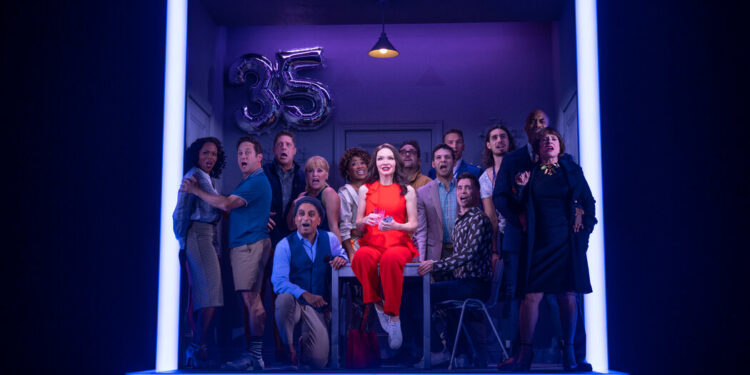 A Tony-winning, gender-swapped, Sondheim-blessed revival of “Company” will end its Broadway run on July 31.

The production, directed by Marianne Elliott, is notable for the way it flips the 1970 original. The groundbreaking musical, with music and lyrics by Stephen Sondheim and a book by George Furth, was always about a single person who turned 35 while surrounded by two friends, but in the current production that character is a woman named Bobbie, while in previous productions it was a man named Bobby.

“Listen: It’s no secret to you or anyone else — it’s tough out there, and summer would be tough and September even tougher,” Harper said in an interview. “I wanted to celebrate the last six weeks and go out on a high.”

Harper said it was too early to say whether the uptick, which had been capitalized for up to $13 million according to a filing with the Securities and Exchange Commission, would recoup its costs. The show, like many others, received $10 million in federal aid from the Small Business Administration during the pandemic. It brought in $640,297 during the week ending June 12 and played for houses that were 74 percent full.

Harper said the show plans to start a North American tour in the fall of 2023.

“It was delicious and I’m so proud of the production,” he said. “It was a once-in-a-lifetime opportunity to do a Sondheim in a radically new way, and to have him be so proud of it was amazing. So this is sad, but it’s also a time to celebrate what it has achieved.”

The revival, starring Katrina Lenk, began previews on March 2, 2020, and was forced to close, along with the rest of Broadway, 10 days later due to the coronavirus pandemic. It resumed previews on November 15, 2021, and Sondheim attended that performance; he died 11 days later, at age 91; in a final interview he expressed unbridled enthusiasm for the production.

The revival finally started on December 9, 2021; at the time of closure it will have played 300 performances.

The production, conceived by Elliott, began life in London, where it won the Olivier Award for best musical revival. LuPone, a beloved Broadway figure who plays an alcoholic older friend of Bobbie’s, also appeared in the London production, and her rendition of the classic “The Ladies Who Lunch” song on both sides of the Atlantic was a standout. Joining the cast in New York, Doyle plays a groom with wedding day jitters and sings another well-known Sondheim song, “Getting Married Today”; in the original, that song was sung by the bride-to-be in a heterosexual couple, but in this revival, the couple is same-sex. 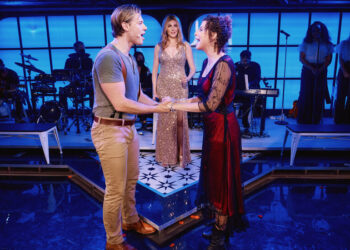 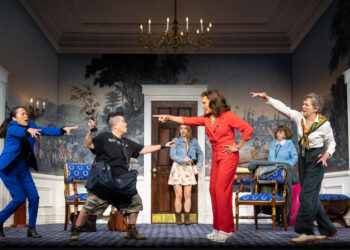