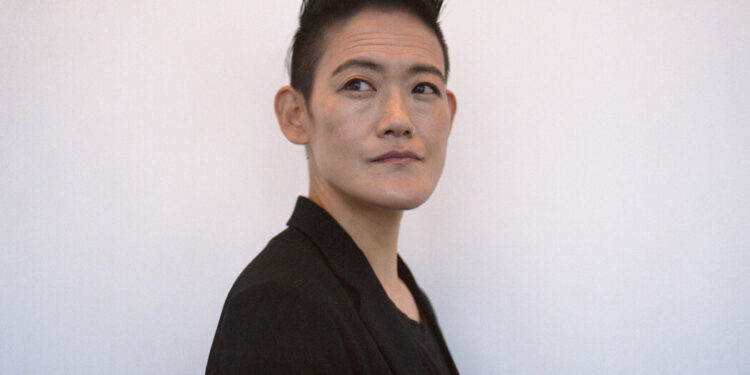 Brooklyn experimental theater maker Aya Ogawa hadn’t thought of her father for ten years. When that fact occurred to her, in 2017 — a decade after his death, which she and her mother chose not to mark with a funeral, or even an obituary in the local paper in his California town — she didn’t feel guilty. about the.

It seemed an indication of the distance from their relationship, and how painful it had been for her. Still, when she was busy creating a show called “Failure Sandwich,” Ogawa thought she had somehow failed as a daughter to him.

It was too late for her to do anything about her father’s absence from her life, even though they shared the same house. The bond they never forged would never be. But she could use the resources of her art to envision a different ending to their relationship—a gesture of forgiveness toward him, “because there’s no other way,” she said, and also a gesture of forgiveness to herself.

And so “Failure Sandwich,” a play she built from other people’s fables, evolved into her acclaimed play “The Nosebleed,” a kind of mourning ritual in dramatic form, with comedy. After a short run last fall at Japan Society, it’s back at the Claire Tow Theater in LCT3, the Lincoln Center Theater’s stage for new work, until August 28.

“The Nosebleed” considers what Ogawa the public describes as “one of the biggest failures of my life.” That wasn’t something she would have liked to dissect in public.

“I never wanted to write an autobiography,” says Ogawa, who grew up in Japan and the United States and graduated from Columbia University. “I never thought I would write about my father. It shows very vulnerable aspects of my life, and you know, it’s very scary to do that.”

With Ogawa portraying her father at various ages and her youngest son at age 5, four other actors play prismatic versions of their playwright-director.

“It’s a mind trip, you know?” said Drae Campbell, who has worked with Ogawa for 20 years, considers her “like family” and plays the character Aya 4.

Ogawa’s unsentimental playing eschews bitterness in favor of kindness, humor and emotional complexity. It invites audience participation, but does not force participation, mainly by asking for a show of hands for questions such as “Who has a father here who died?”, “Who here hates their father?” and – more lightly – “Who here watched the reality shows ‘The Bachelor’ or ‘The Bachelorette’?”

There is also a Japanese Buddhist funeral ritual for Ogawa’s father, which some onlookers can participate in, in which they use chopsticks to extract ersatz bone fragments from his imaginary ashes. The playwright, who watches that scene like her father, said it turned out to be “this incredible, profound, spiritual practice” for her unexpectedly.

“I see the remains of my body come out in front of me,” she said, “and I see strangers come up to help me put that body to rest.”

For Evan Cabnet, artistic director of LCT3, Ogawa’s compassion and vulnerability are part of what characterizes her as ‘a real outlier’ among experimental theater makers.

“There are many artists who work in formal experimental modes, and the end result of that work is often cerebral or intellectual or smart,” he said. “Aya’s work is all that, but it mostly comes from the heart. And, I think, from a sense of openness, and from a sense of softness and caring.”

That may sound like an underhanded compliment, but only if the ideal is cool theatre. Which for Ogawa – who uses she/she pronouns and develops a play about motherhood called “Meat Suit” – definitely isn’t.

A major catalyst for “The Nosebleed” was a portion of Ogawa’s 2015 play “Ludic Proxy,” by the critic Helen Shaw in Time Out New York — a solid 600-plus words, three of which are failures, failures, and failures. For Ogawa, the review was a devastating dismissal that swallowed the idea of ​​failure in her and demanded that she investigate.

That same year, experimental playwright Haruna Lee, who uses pronouns, was just out of graduate school at Brooklyn College looking for a director for their play “Suicide Forest,” which no one reading it seemed to understand. Then they sent it to Ogawa, who Lee only knew from afar as “this tough Japanese-American director with an asymmetrical haircut and double nose piercings.”

Ogawa, who also has a significant track record of being a smooth translator of Japanese plays, replied with “some 50 questions,” Lee said, and an immediate understanding of how Japanese and American cultures “have come in a very crude way in that regard.” mixed together”. Play.” The script is also partly autobiographical, about a parent-child relationship.

Lee was afraid to play the central role of a teenage girl, but Ogawa forced them to do it anyway. Relying on confidence, Lee embarked on an exploration that eventually led to Lee coming out as non-binary. When Ogawa directed the piece at the Bushwick Starr in 2019, it was a hit.

By this time, Lee was also playing one of the Ayas in “The Nosebleed” – something they don’t do at Lincoln Center just because it conflicted with joining the writer’s room for season 2 of the Apple TV+ drama “Pachinko”.

Ogawa considers “Suicide Forest” and “The Nosebleed” to be works that “seem a little bit in the same brain swamp,” with Lee’s play giving her the courage she needed for her own.

The title of “The Nosebleed” comes from Ogawa’s then 5-year-old son, Kenya, who woke up in the middle of the night with a nosebleed during a family trip to Japan in 2017. His big brother, Kai, had accidentally punched Kenya in his sleep. . But the reason for the title is the metaphor of the blood of the child – the lineage that connects Ogawa’s son to her and to her father. (As a parent, Ogawa’s husband is a stark contrast to her own father: engaged, engaged, and emotionally present with their children, she said.)

She finds it easier to play with her child, but not difficult to get inside her father. “I don’t know how to describe what’s happening to me,” she said, “except it feels a bit like a channeling. And somehow falling into him, or like my body becomes a vessel for the image I have of him.”

And like any actor who had to find sympathy for a character to play that person, she had to find a way to understand her father.

Her sons are now 10 and 12, both born after their grandfather died. But on opening night at Lincoln Center last week, she wanted them to participate in the play’s funeral ritual—to be first in line, as the closest relatives would be at a real funeral.

And so they were. On stage in front of their grandfather’s symbolic cremated remains, they took chopsticks and together helped to rest his body.

Their mother, in character as a weakened old man, watched and felt liberation – felt absolution.