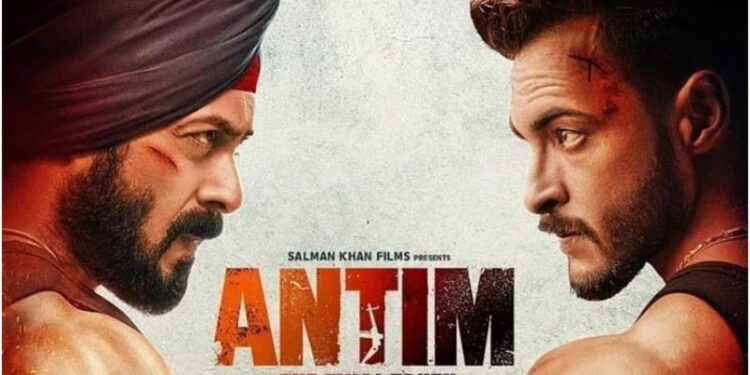 It is only fair to say that Aayush Sharma once again owes his career to Salman Khan. An official remake of the Marathi movie Mulshi Pattern, the story set in Pune has every aspect of a typical Salman Khan movie. From slow motion fights to slow motion entries and subtle yet powerful punchlines, Salman Khan carries this film on his shoulder. Aayush Sharma also impresses in a few action scenes, but lacks the much-needed swag needed to play the character.

Aayush plays the character of Rahul who is in the middle of the story and his background reminds you of Sanjay Dutt from Vaastav which is what doesn’t work for Aayush as he doesn’t deliver what is expected. The story highlights strong socio-political issues such as land grabs, peasant struggles, political power play, and more. Besides Salman and Aayush, Sachin Khedekar, Mahesh Manjrekar and Upendra Limaye play important roles as supporting roles.

Speaking of the action scenes, there are some innovative and good action scenes, which are well shot and have enough slow motion shots to make Salman Khan fans salivate. The series of highlights, in terms of action, has to be where Salman confronts Aayush. As you can expect, Salman captures Aayush of course. Ironically, the scene speaks for itself, showing Salman owning the film.

Speaking of Mahima Makwana, you will be really impressed with her acting, but unfortunately her on-screen chemistry with Aayush doesn’t really impress during the film. Another aspect of Aayush that you can notice in the film is his style of dialogues. Aayush does his best to deliver punchlines, but his monotonous style with raised eyebrows and expressionless face is disappointing and doesn’t impress at all.

Varun Dhawan guest stars towards the climax with his performance in the Vignahartha song. Ironically, like Vaastav, the pinnacle of Antim also lies with Ganpati Aarti. With a roaring background score, slow-motion action sequences and plenty of slow-motion entries from Salman Khan, Antim is made purely for the fans of Salman. Overall, while the script is strong, the casting could have been better somewhere besides Salman Khan.