Bombay Begums Review: Nothing More Than a Role Reversal 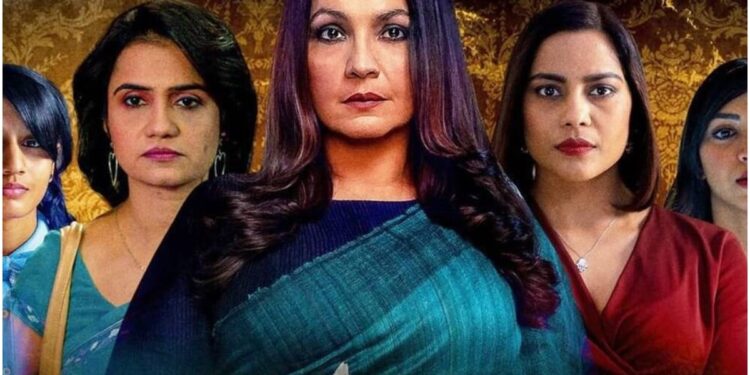 Bombay Begums is a classic example of letting go of good opportunities in the name of sticking to the theme. Just when the audience starts to feel a connection to the show, it changes tracks. The six-episode show loses steam within the first two episodes and keeps spinning around pot for the rest of the time.

Rani (Pooja Bhatt) is a small-town girl who’s made it into the big bad world of Mumbai corporations, but lately she’s started to feel a change in her moral views. While Fatima (Shahana Goswami) and Ayesha (Plabita Borthakur) under Rani work in the same organization, Shai (Aadhya Anand) is her stepdaughter. Lily (Amruta Subhash), a sex worker, is the fifth vertex of this pentagon. Together they went in search of a story about the struggles faced by women from different social strata and how they deal tactfully with hostile situations.

It was a good role for Bhatt to return to acting, but her character couldn’t fight the monotony surrounding her existence in the show and how it was a one-way role without any frills. The creator – Alankrita Shrivastava (Lipstick Under My Burqa, Dolly Kitty Aur Woh Chamakte Sitare) – has tried to give her a solid ally in Goswami, but the repetition of sentiments and dialogue disguised as punchlines have hampered their chances.

Bombay Begums never had prolonged moments of realization or even excitement. The raw antagonists are there for all to see and the non-judgmental vibes towards the female characters don’t always work in favor of the main characters.

The show seems to be in a hurry to clean up the slate of the women, who were doing a lot of injustice themselves. A balanced approach could have been for the viewers to be a little more rooted to them.

However, Ayesha and Shai’s superbly written characters offer some comfort. They look real and have a great identification value. The sidings don’t work at all because their only purpose is to fulfill the need of bad guys in the life of ‘begums’.

Bombay Begums, despite being a miniseries, is stretched and lacks coherence. The set-up never lures the viewer over the threshold.