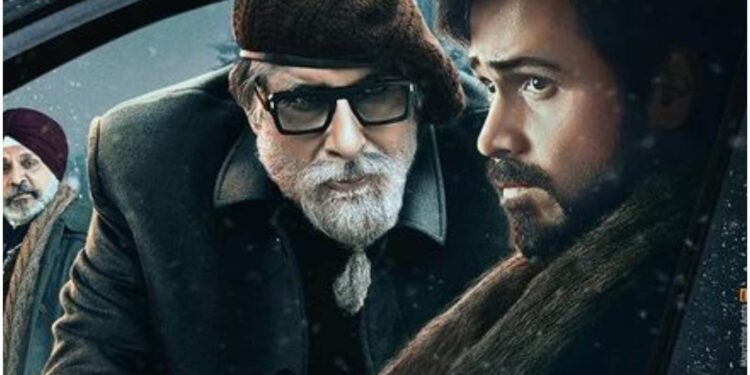 “I’m tired and bored of this game, just pass the verdict,” Emraan Hashmi says at the climax of the film. Unfortunately, the dialogue applies to Chehre.

Director Rumi Jaffery takes his audience into the world of four friends (Amitabh Bachchan, Annu Kapoor, Raghubir Yadav and Dhritiman Chatterjee), retired court officials consisting of a prosecutor, a lawyer, a judge and an executioner who play a game that a mock trial with a mysterious visitor (Hashmi) who, due to unforeseen circumstances, reaches the threshold of their house. Though Hashmi’s character is initially reluctant to participate, he later gives in and decides to play the game. It may sound like an interesting plot, but the film lacks both the cleverness and threat of a good courtroom drama thriller.

For starters, the scenario is inert, especially in the first half. The second half, which takes place almost entirely in a makeshift courtroom, has more power. There are some interesting points in the film, including some heavy dialogue, but the problem lies in parts that are supposed to create a connection between the audience and the characters – they are written loosely and rendered too dramatic on screen.

Given the absurd twists and turns, the film comes across as a complicated and annoying mess. It almost feels like Jaffery screwed up his own script. At nearly two and a half hours, the film seems slow and boring. The cat-and-mouse game between Bachchan’s character and Hashmi never gets going

Bachchan’s performances are top notch. His nuances and his ability to draw the best lines with his elegant baritone make the performance as clinical as the arguments of an experienced lawyer in court. The creators have given it a stylish look that adds to its karizma. Kapoor is convincing as always and slides into his character with ease. Both actors together provide the right amount of tension and sensation. Cahterjee and Yadav offer good support with their experience. On the other hand, Hashmi as a businessman looks a bit jaded. Siddhant Kapoor as a domestic help seems wasted. The women – Rhea Chakraborty as the maid and Krystle D’Souza as the love interest are cardboard-like and barely have any meat to work with.