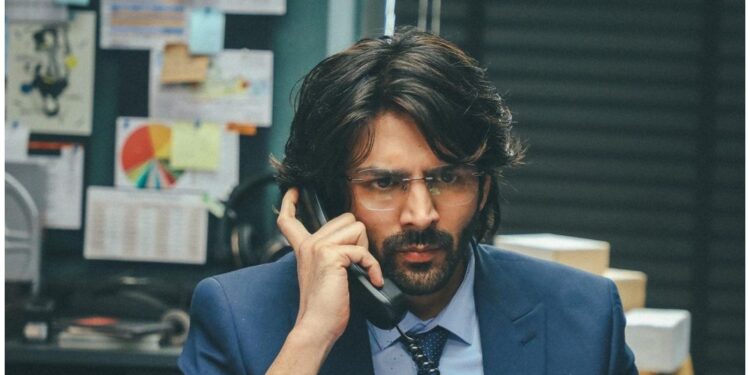 It is fashionable for Indian cinema to remake foreign films, mostly South Korean, sometimes French. This is perfectly legal, of course, but in a country like India with its rich and diverse stories, it might be a shame that we don’t use our own mythology, culture and fiction more often.

Be that as it may, Ram Madhvani’s thriller, Dhamaka, just out on Netflix, is a remake of the South Korean drama, The Terror Live – a gory, brutal take on television news and how one channel plays against another, all for higher viewing figures . I really wouldn’t know if The Terror Live is really based on what’s happening in that country. But in India, exaggerated news from some TV channels – as can be seen in Madhvani’s work – may not be entirely untrue. It is a widely held belief that the electronic medium in India is attributed to sensationalism. The truth is dressed up to make it more appealing, which can lead to livelihoods being cut and characters “killed”.

Yes, there are above all and they are quite controlled and understated in their presentation. Not so TRTV in the movie. Despite the claim to present “truth, nothing but the truth”, the channel lapses into lies as we watch Dhamaka roll frame by frame to a horrifying climax.

Arjun Pathak (Kartik Aaryan) is a rather depressed TV presenter who is all set to divorce his wife, Saumya Mehra Pathak (Mrunal Thakur in a guest appearance). What’s worse is that he’s been demoted from presenter to radio jockey, a job he hates.

His life is given a boost when he receives a call from an unknown person saying he is ready to blow up the Mumbai Sea Link, to the television agency, if the concerned minister does not apologize for the deaths of three workers who helped build the bridge. And the caller wants the minister to step into the television station and publicly apologize.

When Arjun scolds the caller and says he is playing a game, part of the sea link is blown up. What follows is chaos and panic with the channel trying to increase its rating, Arjun hopes to get his previous assignment back with this breaking news and his boss, Ankita (Amruta Subhash), who dares to go against ethics and humanism. It’s chaos in the TV office, where confusion is confused with many men, women and children trapped on the bridge, as well as Saumya, who had gone on the spot to report for TRTV too!

In a thriller of this sort, you don’t expect a grand feat, but Mrunal is expressive and interesting in portraying the joys of marriage and, later, the sorrows as she stands on the collapsing sea link.

Dhamaka is pacy, and it may seem that there is never a dull moment. But in some scenes it goes too far. Those between Arjun and Ankita hardly seem plausible. Do employees behave to their bosses as Arjun does to his? I suppose writers and directors don’t care as long as they put on footsteps or eyeballs.

(Gautaman Bhaskaran is an author, commentator and film critic who has covered major film festivals such as Cannes and Venice for nearly three decades)