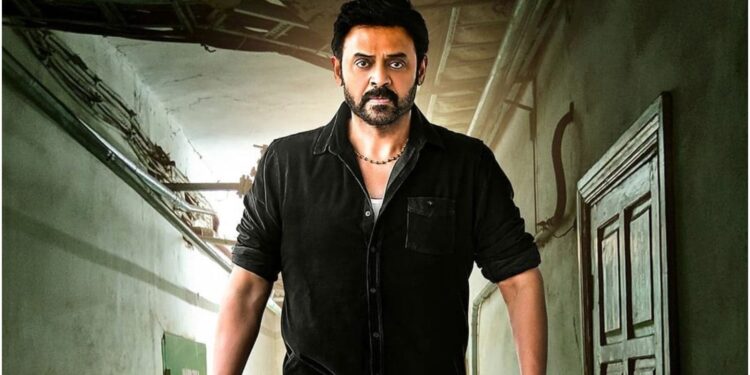 Every movie cannot be turned into an endless franchise. Some, like the Bond adventures, have managed to keep us hooked, mainly because they have a completely different story to tell each time they come along. In the case of the Mohanlal star Malayalam film Drishyam, the second part seemed watered down and weak. Admittedly, the actor, who has also managed to maintain his stardom, was just as brilliant in part two as in one. Both one and two were directed by Jeethu Joseph.

Now Drishyam 2 has been remade in Telugu – as Drushyam 2 (aided by Joseph, and now on Amazon Prime Video) – with Daggubati Venkatesh reprising the character Mohanlal played. The star from Andhra Pradesh was also featured in the first edition of 2014, which was directed by Sripriya. At that point, a producer-writer of mine said that Venkatesh really wasn’t as good as Mohanlal.

When the Tamil version of Drishyam 1 came out – titled Papanasam, also aided by Joseph – Kamal Haasan, who played the role of Mohanlal, was a bit behind the Malayalam hero, a humble cable operator whose ideas of fooling cops grew out of the countless movies he kept watching.

You might then wonder why Papanasam that Joseph directed, who had done the Malayalam Drishyam, was not so good. I remember Joseph telling me that Kamal wanted to build strong emotions into his character. This robbed the core value of Papanasam, I felt.

Mind you, Georgekutty (Mohanlal) was a cunning man and knew how best to play his chess game with the police. Mohanlal fitted this man on the T. Not quite Kamal. Similarly, Venkatesh in Drishyam 2 in Telugu comes nowhere near the brilliance of Mohanlal in the Malayalam version of Drishyam 2.

Be that as it may, even Drishyam 2 in Malayalam, despite Mohanlal’s great performance (but of course) – as a cable operator graduated as a cinema owner, with a good house and a fancy car – wasn’t as immersive as part one.

So, what is the story about in Venkatesh’s Drushyam 2? This is where Rambabu (Venkatesh) went for a drink after making some money with his new business. This annoys his wife, Jyothi (Meena), but the husband never hesitates when it comes to protecting his family with two daughters, Anju (Kruthika) and Anu (Esther Anil).

He has an ambition. He has a story and script ready, and is looking to produce a movie. The plot has come out in book form and that will turn the tide in his favor later on. The ancient case of the disappearance of Varun (the Inspector General’s son), where his body was never found – though the public would recall it being buried beneath the newly built police station, a place the men in khaki would never dreaming of watching – is still a topic of local gossip, Rambabu’s rising wealth also fuels jealousy.

When a new police chief takes charge in the town of Rambabu, the case against him is reopened and the cat-and-mouse game begins with Varun’s parents flying over from the US, where the retired police chief and her husband had migrated.

Rambabu’s peaceful family life is once again under scrutiny as Anju developed epilepsy after the traumatic police interrogation in part one of Drushyam. Her condition, propelled by new fear, worsens, but Rambabu had promised that come what may, he would protect his people.

Drushyam 2 talks about how he does this, but this part lacks the heart-pounding excitement we saw in the first edition. There are a few situations that are somewhat hard to believe, and the courtroom scene is terribly dull and monotonous. The fire we saw earlier is missing. This is a clear sign that both Georgekutty and Rambabu survived their charisma. Yes, Mohanlal stars in both, not Venkatesh, who seems a bit lost without his melodramatic moments.