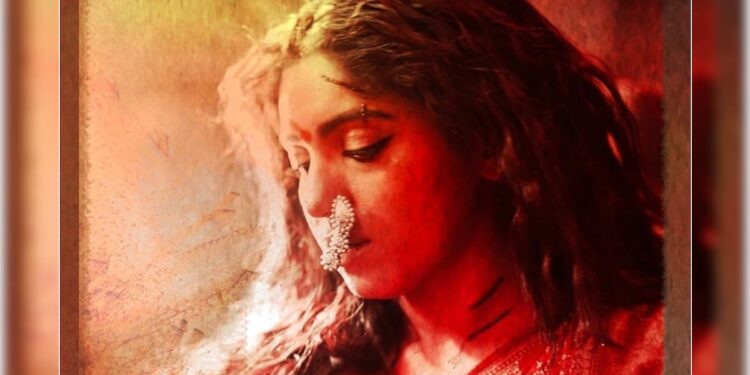 You were just starting to get excited about new-age Bollywood horror after cutting edge things like Stree and Tumbbad. Then came Laxmii, and now Durgamati – as a rude reminder that Bollywood horror has a long way to go.

Taken almost frame by frame from the 2018 Telugu-Tamil horror drama Bhagmathie, Durgamati comes across as clichéd melodrama rather than next-level scare, as it tries to vent horror with a message. The result isn’t scary or relevant commentary, as the societal issues the film tries to highlight are far too familiar as topic material on the mainstream screen to have an impact.

Writer-director G. Ashok’s story begins with a dozen rare idols being stolen over the span of about six months, even when brutal murders take place. Minister Ishwar Prasad (Arshad Warsi), who is under suspicion, announces that he will catch the perpetrators or withdraw from politics.

CBI officer Satakshi Ganguly (Mahie Gill) is put in charge of the case. In the course of her investigation, she is led to IAS officer Chanchal Chauhan (Bhumi Pednekar), an aide to Ishwar Prasad. Currently arrested for murdering her fiancé (Karan Kapadia), Chanchal has been taken to a dilapidated mansion. Local villagers believe that the house is haunted by the ghost of Durgamati.

The film appears to be an unusual mainstream attempt to use horror as a means to focus on societal ills. The idea would have worked if Ashok had shown an amount of imagination in scripting and execution.

On the contrary, Durgamati’s story suffers from a jaded treatment. Despite an engrossing start, the story soon snakes through age-old commercial Bollywood cliches about a corrupt politician and his corrupt schemes, and how the powerful ruthlessly exploit the oppressed for their own gain. These themes, as relevant as they are, have been thrashed by our storytellers for centuries. (By the way, anyone keeping abreast of news headlines about how clever corrupt politicians can be would find Ishwar Prasad’s get-rich-quick scheme ridiculously amateurish).

A sloppy story soon loses focus on what the film originally sold: a horror thriller. As the story progresses, the plot falls in all directions. The stray ‘scary’ scenes are too pedestrian to be startled. You know a horror movie won’t work if what’s on the screen isn’t holding your attention.

The erratic storytelling affects the characters and, in turn, the performances as well. Bhumi Pednekar brings the specter of Chanchal to life with the expected quota of crying and rolling of the eyes as a swift fan continues to point firmly at her detached hair. She is disappointed by a ridiculous screenplay, as are the other proven performers in the cast like Arshad Warsi, Jisshu Sengupta and Mahie Gill.