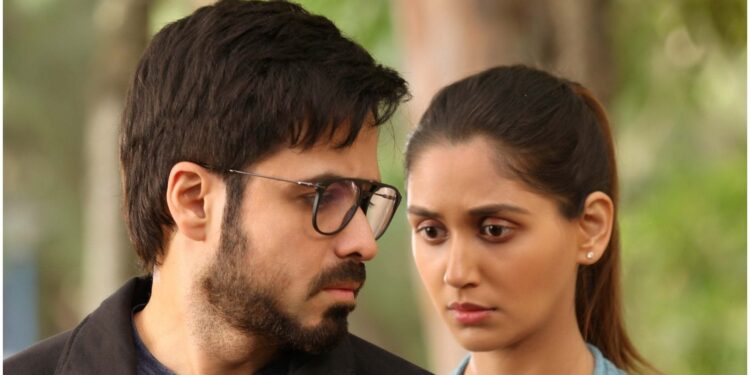 Dybbuk has an interesting cast that includes Emraan Hashmi and Manav Kaul, but the movie, which can be seen now on Amazon Prime Video, has too many useful points that make it somewhat unlikely. Aided by Jay K, he has remade his Malayalam debut film, Ezra (with Prithviraj), in Hindi as Dybbuk. Hashmi as Sam or Samuel reprises the role of Prithviraj, doing the decent job of a man who gets a new job at a nuclear waste disposal facility in – believe it or not – the Mauritius capital of Port Louis. His wife, Maahi (Nikita Dutta), is not keen on moving, as it would mean moving far away from her parents. But she plays a sport and accompanies Sam to a truly picturesque town that unfortunately harbors a demonic spirit in a Jewish wine box. Only after the last of the Jews on the island has died can it emerge from its flight from death and destruction, and Sam’s transfer coincides with the death of a rabbi, the last of the tribe there.

But for some above-average performances, Jay’s work looks like yet another horror story of red-eyed ghosts descending from rooftops, rocking chairs, creaking mirrors and flickering lights. And the atmosphere becomes frightening at the colonial bungalow where the couple decides to live. I sometimes wonder why writers and directors don’t think of something else to scare viewers instead of hitting the same old drum of jump scares. These shake and shock you for a moment, but otherwise they only produce yawns.

Dybbuk is an old Jewish custom written in the 16th century but ignored by scholars until S. Ansky’s play (The Dybbuk) popularized it in literary circles in 1914. About a form of transmigration of a restless/unhappy soul, the film tells this through rather clumsy writing. Featuring a local Muslim police inspector, Riaz (Gaurav Sharma), a Catholic priest (Denzil Smith), a Jewish rabbi, Markus (Manav Kaul), a Hindu woman, Maahi, and her Christian husband, Sam, Dybbuk seems like a cocktail of religions that seek to bring about social transformation and harmony. It doesn’t quite achieve that; instead, it seems forced and confused with a story that resembles a fairy tale with an evil spirit and all the good men around her.

It’s not just this, but we learn as the film progresses that there is revenge and retaliation to the extent that a nuclear catastrophe awaits to wipe out the scenic holiday island of Mauritius. That will be terrible.

Unfortunately, Dybbuk offers little novelty and falls back on a battered plot.