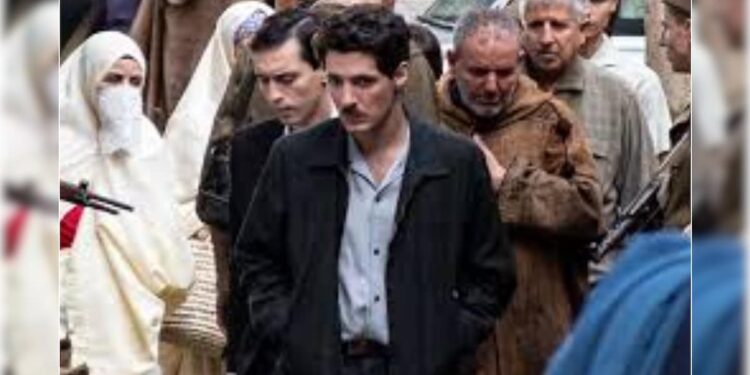 The French occupation of India was not as broad as that of the British. The French settlements in India were small and geographically segregated – Mahe in the west, Pondicherry and Karaikal in the east, and Chandernagore in what is now West Bengal, among other places. But the French colonization of Africa was huge, and so was Algeria, which gained independence in 1962. Not much is known about this in India.

Helier Cisterne’s Faithful in French – which had its world premiere at the ongoing Rome International Film Festival – is a penetrating study of the Algerian struggle for freedom, seen through the eyes of one man, an ordinary factory worker, Fernand Iventon. It is a true story and he is played in Vincent Lacoste’s film.

Iventon was an idealist, communist and strongly believed that the French should not rule his native Algeria. In the vein of India’s Bhagat Singh or Netaji Subhas Chandra Bose, who felt that the way to deliver India from British rule was through armed struggle (which directly contradicted Mahatma Gandhi’s views on Ahimsa and nonviolence), Iventon took the arms to see his beloved country free from what he and many others considered an extremely cruel government.

Faithful faithfully follows Iventon as he plants a bomb at the factory in Algiers where he works. Although his idea was not to kill or maim anyone and although the device did not go off at all, he was arrested and charged with treason. He was tried for murder, convicted and guillotined. France abolished the death penalty in 1981.

Cistern’s work is non-linear, going back and forth, starting during Iventon’s days in Paris, where he meets Helene (Vicky Krieps), a young Polish woman. Although she has a son from her previous marriage that has not yet ended, she falls in love with Iventon and goes with him to Algiers – to a life of dangerous uncertainty. And if Iventon is detained and declared a traitor, Helene will also be labeled and subjected to humiliating humiliation.

There are arresting moments in the film – both when the couple court in Paris, and later, when Iventon is tortured in custody and faces a trial by a French tribunal that is downright preposterous.

In an important way, Iventon’s memory haunts the French psyche. He was about to die and appealed to Francois Mitterrand, who was then the French justice minister in charge of handling such requests. Many years later, when he became president, he was asked by three journalists if he had voted for Iventon’s execution. Mitterrand refused to answer. However, after the release of hitherto confidential material, we now know that the president had given his consent.

It is clear that the French wanted to set an example and Iventon, although he had not killed or injured anyone, became a suitable scapegoat.

Faithful has captured the pain and anguish of political activism in what was then Algeria. There are haunting images of Algiers in the 1950s, both the simplicity and the fears and anger of a people in slavery. The film raises important political questions that have never before been explored in the cinema. While Iventon of Lacoste embodies deeply held beliefs. Yet he was honest, jovial and normal, and does not match our preconceived idea of ​​a bomber. He just got caught up in history, a man who didn’t become the darling of the masses or the rallying point of the press.