Home Before Dark Review: With a lot of family drama, it’s not a dull and bleak murder mystery 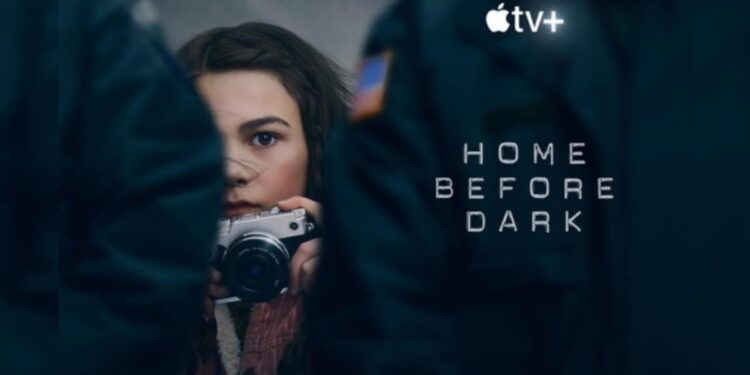 Home Before Dark, the 10-part TV show is a fictional story based on a real-life nine-year-old investigative journalist, Hilde Lysiak, who broke the news of a national murder in her self-published newspaper.

In the show, Hilde Lisko (Brooklynn Prince), a 9-year-old girl, introduces herself to become a journalist like her father, Matt Lisko (Jim Sturgess), who works for a New York newspaper. Sadly, Matt loses his job and must move back to his father’s home in the small town of Erie Harbor, Washington, along with his wife Bridget (Abbey Miller), Hilde, and his other two Brooklyn daughters. It turns out Matt has a mysterious past involving the kidnapping and disappearance of his childhood friend Ritchie. A young teenager Sam Gillis (Michael Greyeyes) was arrested for the crime and put behind bars on circumstantial evidence that seemed tentative at best. Matt, who disagreed with the verdict, had moved to New York to put the incident behind him.

Once Matt and the family arrive in Erie Harbor, precocious Hilde befriends Sam’s socially exiled sister Penny, only to find her dead a few days later. Hilde’s fertile imagination and curious nature keep her snooping for foul play, despite the sheriff’s assurances that Penny’s death was an accident. As things begin to unfold with Hilde’s ongoing investigation, all hell breaks loose in the small town and skeletons from the past begin tumbling out. Hilde learns that Penny’s death is related to the 30-year-old case her own father was an eyewitness to.

The story and screenplay in the early episodes explains the mystery very well and is driven by Hilde’s belief that finding the truth will free her father from the burden of his past. While she tries to provoke her school authorities, the police and occasionally her family into her relentless search for the truth, Hilde’s actions are usually annoying and sometimes baffling to those around her. Despite being smart – whether she’s standing up to bullies at school or chasing her older sister Izzy (Kylie Rogers) after a prom – she’s a lovable protagonist despite everything. It helps that the charming small-town dynamics and the growing pains of the young are well explored during the show; plus the twists and turns will keep you hooked enough to binge watch all 10 episodes.

By the end, however, it seems inevitable that it will be 9-year-old Hilde who will eventually solve the mystery. Hilde’s character arc also becomes somewhat problematic as she goes from smart to a super sleuth with an almost magical talent for uncovering the truth. Given the material, one occasionally starts to feel that Matt, the bonafide journalist in the family, will at some point take the lead with Hilde as his main weapon. Hilde, however, has other ideas. She completely solves the complex adult mystery through her own cleverness, childlike attraction and a little unbelievable luck. The adults have all been reduced to unimportant supporting characters for Hilde the Heroine. Even the apparently menacing characters become somewhat meaningless spectators who see Hilde doing her research with verve. And in that transition that feels rather convenient, HBD becomes lethargic, hastily tying up the subplots.

Be that as it may, the first season of the series created by Dana Fox and Dara Resnik ends with finding the solution to the dark mystery of the city and is still good to watch. What works in the show’s favor is that it’s not a boring and bleak murder mystery, but a full-on family drama. The great performance by the young star of the show Hilde (Brooklynn Prince) lifts the show above the mundane. The interplay between Hilde’s two young friends (Deric McCabe and Jibrail Nantambu), her two sisters and the parents make for interesting distractions, but this is clearly Hilde’s show and one she holds masterfully.

HBD’s skilled crafting keeps the aura of mystery well under the skillful leadership of the likes of Jon M Chu (Crazy Rich Asians) and Jim Mckay. By the end of the first season, much of the mystery is solved, but a final twist leaves it open for exploring a new line of investigation in the next. With a strong hook for season 2 that has already sparked a lot of curiosity, HBD could fill the void left by Stranger Things.