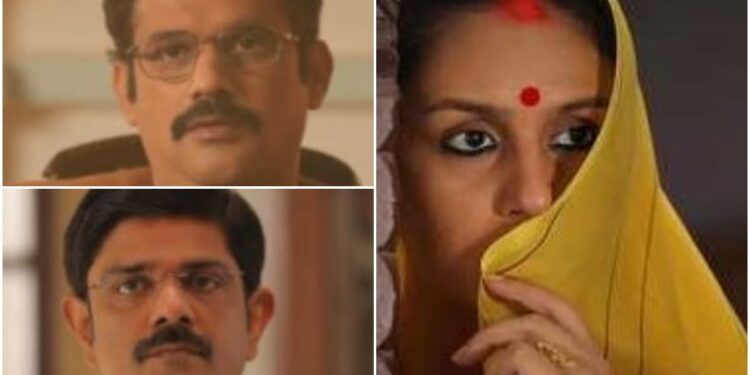 Subhash Kapoor attempted a political narrative with a definitive caste angle in Madam Chief Minister earlier this year, but that proved unsuccessful. Not only because of a blousy script, but also because of the tone-deaf treatment of its Dalit protagonist. He made the same mistake in SonyLiv’s Maharani, the story of a backward caste woman Rani Bharti (Huma Qureshi) who turns the political tide in her favor in a male-dominated world. The show is nothing more than another ‘masala’ cocktail in which every politician is a devil. Kapoor should really be grateful to Huma Qureshi and Sohum Shah, the leading pair, for bringing certain nuances to an otherwise bland story.

Rani becomes the Chief Minister of Bihar in the late 1990s after her husband, incumbent CM Bheema Bharti (Sohum Shah), is hospitalized after an assassination attempt. She is surrounded by political opportunists, all men except for one woman who sleeps her way into a minister’s job. Rani’s reluctance to get out of her kitchen is the biggest impediment to her sudden political placement. How she survives among the jackals sets the rest of the plot in motion.

The references to certain politicians are obvious, but more than empathy, they stink of ridicule. It’s never about making a politician a la Rabri Devi, or how she started losing ground with a dramatic increase in caste-related violence. Opposition leader Naveen Kumar (Amit Sial) is just as underhanded as anyone else. What the creators have completely forgotten is the role of the basic unit of any democracy: the public. Also that of a politically hypersensitive state like Bihar.

However, Kapoor has taken a firm stance, especially when it comes to showing the clashes between the radical left and private landlord militias. But somehow this all seems forced. They don’t add to the natural flow of a story that should also have explored the influence of OBC leaders on the poor and marginalized.

Qureshi and Shah, in particular, have shown a willingness to approach the human side of politicians. There is a scene where Shah considers pushing Qureshi’s name for CM’s post. It exposes the layers of prejudice that a woman faces in different circumstances. Such scenes are rare, however, and Maharani mostly remains a Mirzapur-esque twisted saga. Perhaps that was the intention.

This article is based on the first seven episodes provided for the review, and I can only hope the remaining three episodes add some nuance. If you’re craving heavy-duty one-liners and dramatic entries, Maharani might be the show you’re looking for.