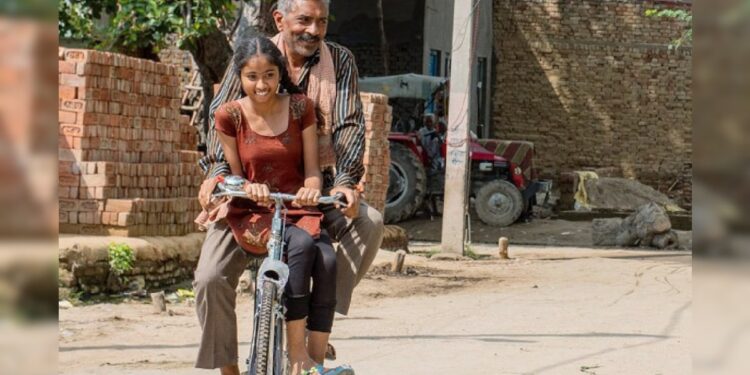 In 1948, Vittorio created De Sica Bicycle Thieves, a haunting story about a man trying to track down his stolen bicycle, which is his only hope of earning a living. In 2020 Matto Ki Sakil of M Gani took us back to the Italian classic, to make it clear that nothing has really changed over the years for the less privileged. The story of the fate of a poor man attached to his humble means of transport is as relevant today as it was seven decades ago.

Matto is a day laborer who travels to town on his bicycle to earn money for his family of four. His life is simple and he is a happy man, but things start to get difficult once he realizes that his 20 year cycle doesn’t have much life left. He keeps putting off buying a new one because, frankly, he doesn’t have the resources. When he can no longer endure his old cycle, he finds himself a desperate man.

A few stories running parallel in the background explain more about Matto’s situation. An army veteran fights the election to become the next Gram Pradhan and promises to bring about change the village has never seen before. Matto’s family gains a reputation for not being able to pay the dues. Lenders buy expensive vehicles at the exorbitant interest they charge from these workers, but will still mock them before lending money. Future grooms want a Pulsar bike as a dowry. A lawyer cannot get a client because of his caste and the ‘Safai Karamcharis’ no longer allow Matto or the villagers to defecate peacefully in the fields.

The film is so raw, yet still manages to be aesthetically pleasing. It doesn’t try to caricature an Indian village either through the stories or the cinematography. The only problem with the movie is that it takes too long to get to the point. The most gripping part of the film comes a little late, and by then you can almost predict what’s going to happen.

Prakash Jha does all the heavy lifting in the film. He is an extraordinary performer and while we love his work as a director, we wish he was in front of the camera more often. The supporting cast doesn’t impress much, and that seems almost intentional, given how few women in these families have agency in real life.

Matto Ki Saikil premiered at the Busan International Film Festival but should be released to the public soon as it needs to be watched by large numbers of people. We hope it reaches the oppressors of Indian society, who get the chance to introspect, even if that may not be the film’s intention. We also hope it doesn’t take another seven decades for things to change for the better.