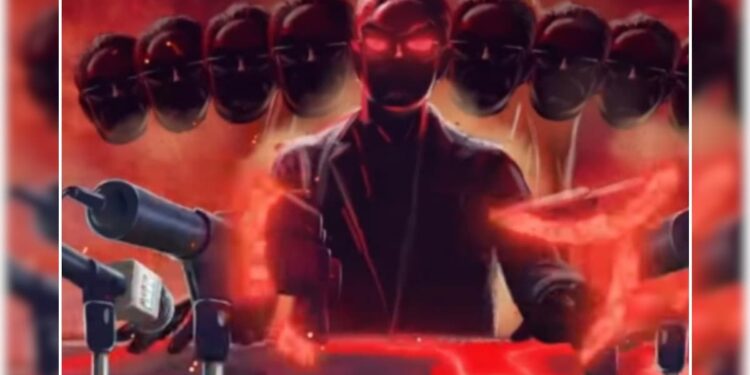 The crime thriller genre has really caught up with showrunners on the Indian OTT platforms, and Amazon Prime Video’s latest show, Pataal Lok, just made it a better choice. Set on the side streets of Delhi and explored in the ravines of Bundelkhand, Pataal Lok dissects the world of heinous crimes with surgical precision. You don’t know whether to hate these criminals or give them the benefit of the doubt while they carelessly deal with their victims.

While shows like Sacred Games and Mirzapur relied on sudden shivers, Paatal Lok is more about penetrating the criminal’s mind without granting them superhuman qualities. While Sacred Games was also from an agent’s perspective, Paatal Lok’s Hathiram Chaudhary (Jaideep Ahlawat) is different in a way that he has no resources like Sartaj, and unlike Sartaj, he is completely unaware of the larger conspiracy which he has unknowingly been part of. Frankly, Chaudhary’s only motivation is his curiosity, which the creators brutally equate with that of a cat.

There is a top news anchor Sanjeev Mehra (Neeraj Kabi) who chats with the corrupt and shady people with a strange conviction of being righteous. Kabi, in his usual nuanced ways, leaves you confused about his real character. The self-obsessed journalist is shocked to discover that he has been targeted by a number of murderers.

As he seizes the opportunity for more TRPs, he slowly begins to get the hang of the situation, and what he discovers just robs him of his sleep.

Creator Sudip Sharma’s show is different from other Indian shows that make us happy with expected twists and usual progress. Paatal Lok goes beyond the obvious, and that’s where it excels.

Directed by Avinash Arun (Killa) and Prosit Roy (Pari), Paatal Lok’s strength lies in the detail. The ‘Jamna Paar’ area in Delhi, where it begins, has many layers of crime and corruption. There is a huge difference between the Lutyens zone and trance Yamuna, and the show brings out many aspects of it through Ahlawat’s quintessential Delhi agent, dejected but not dusted.

Paatal Lok comes into its own with the backstories of his criminals. Hathaura Tyagi of Abhishek Bannerjee (as hammer is his weapon of choice) could find a reflection in thousands of misguided youths who never knew any better. Though Bannerjee has played negative characters on shows like Mirzapur and Typewriter, but his terrifying intensity and strange beliefs make this one to watch out for. It is certainly a groundbreaking role for him.

The writers have deliberately kept Delhi mainly as a city of migrants from smaller towns in the Hindi belt. When the harsh environment gets better for them, they turn to crime for survival, and all of this seems neutral and natural. For example, the two children who meet on the train and stay there for each other through thick and thin are a case in itself. The casual attitude with which they see through sexual and spiritual abuse breaks the heart.

Then there is a Dalit boy from Punjab who would see Delhi’s underworld as an escape from his lived reality. What could be worse!

Things get darker and louder with a near-failed cop struggling to quench his thirst for more. It might also remind you of Navdeep Singh’s great Manorama Six Feet Under, where it kept getting bigger and more local. The show doesn’t look outward to look for answers, but instead follows its characters’ footprints through an inner journey.

Even not so prominent characters like Swastika Mukherjee’s Dolly and Gul Panag’s Renu have a big influence on the story. They continue to add new dimensions to Hathiram Chaudhary’s evolution. Panag’s excellent understanding of human behavior even comes to the fore when she confronts her brother for using her. No extra drama, but painfully penetrating.

Coming back to Jaideep Ahlawat, this is the role of a lifetime for him. His facial expressions don’t slack for a second, even when he’s chasing a goon with a duffel bag on his shoulders. He is the binding force to collect all clues and clues in one place. It doesn’t take center stage until after the fifth episode, but once he does, he absolutely nails it. It’s hard to think anyone else in the character after Ahlawat. Magnificently.

Paatal Lok reminds us of the meaninglessness of our existence and that makes me sad, but as the coronavirus teaches us, we may have to live in the bubble for now because it seems safe. Binge Paatal Lok, it will help you survive.