Pay Review: The night is dark and full of errors in new Netflix series 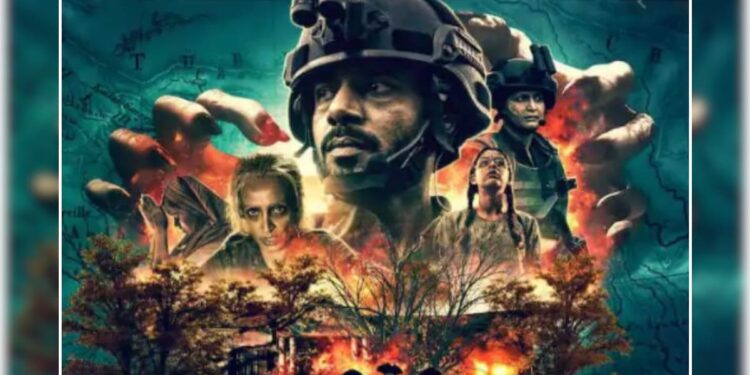 “What is dead must never die.”

This majestic line from Game of Thrones sums up the new Netflix series presented by Shah Rukh Khan’s Red Chillies Entertainment, which swings back and forth between a jump-scare zombie show and an in-depth commentary on corporate greed and neo-colonialism. In the end, it remains nothing more than a complicated mess.

A special task force called the Baaz Squad, led by a dynamic officer Tyagi (Suchitra Pillai), has been deployed in the interior of Chhattisgarh to free the area from the clutches of Naxal as the government has given the green light for a highway. Second-in-command Vikram Sirohi (Viineet Kumar Singh) and his deputy Ahluwalia (Ahana Kumra) reach zero with the team only to realize it has more to hide than to reveal.

Initially, directors Patrick Graham (Ghoul) and Nikhil Mahajan want to show Pay as a cursed tale of tribals and how they have become guinea pigs of corrupt practices in the name of development. In fact, they go so far as to suggest a line of turmeric and ashes to stop the evil. It might be a metaphor for homegrown solutions, but it definitely looks funny the way it appears on screen.

The absurdities don’t stop there, as Tyagi keeps switching between human and zombie modes without much provocation. Jitendra Joshi’s all-powerful contractor seems as confused as the public about where to stop sounding ignorant. The attempt at magical realism does more harm than good, so much so that the only logical character is that of a half-dead British colonel who bizarrely whispers ‘come to me’ in Singh’s ears. On reflection, that would have been a better option!

Whenever the show tries to add dimensions, it gets funnier, like the moment someone starts taking orders from the corrupt seniors, their hair turns white. Who said OTTs treat audience intelligence differently from traditional movies?

The creators are really mad at the fallacies of the liberal economy, because they continue to abuse the capitalist demons without knowing their real face. I don’t know how viewers would react in the days when most of us are actually trying to live on minimal resources under lockdown!

However, there are a few bright performances – Viineet Kumar Singh and Manjari Pupala (Puniya). However, they are totally betrayed by the show’s structure, which means they never rise above the obvious. The idea of ​​mixing money-induced slavery and zombie apocalypse turns out to be a disaster. You may not be able to enjoy zombie shows for a while after watching Pay.

Let’s give the credit where it’s due. Pay has some really good jokes, but you’ll probably overlook them to understand the story. Despite only 4 episodes of about 45 minutes each, Pay would force you to wish Vikram, from the old DD show, not Singh’s. Please come and get this man off our shoulders.

Graham, who looked promising in Ghoul, has become a prisoner of his own ghost castle. He couldn’t shorten the story by at least two episodes because that would have made it more bearable.

Pay is too shallow for a serious series about capitalist exploitation and very unfunny for a zombie show. Let there be a line of ash and turmeric around your phones or whatever device you want to watch it on.

Interact with Rohit Vats on Twitter/@nawabjha