Ray Anthology Review: Manoj Bajpayee, Gajraj Rao most involved in the adaptation of the master’s stories 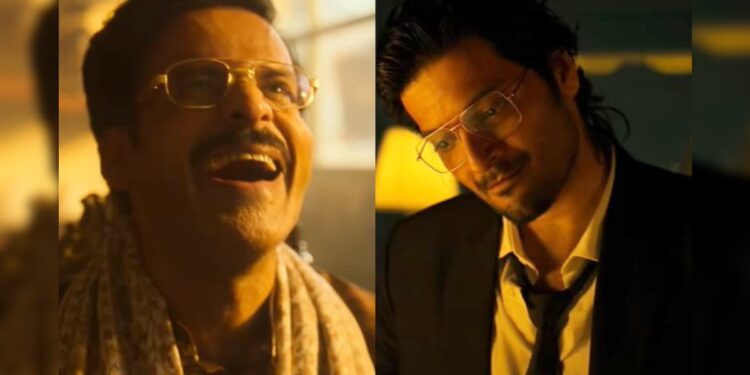 It is never easy to bring a novel or short story to life through images. However, there have been exceptions such as Satyajit Ray and Adoor Gopalakrishnan among a few others. Both Ray and Adoor did justice and more to adjustments.

Ray himself was a brilliant writer and four of his short stories have been made into a four-episode anthology titled Ray, and are now streaming on Netflix. The work, led by three directors, leaves room for improvement in structuring, scripting and editing. Some performances stand out.

Ali Fazal is interesting as Ipsit in Forget Me Not by Srijit Mukherji. As a dashing, courteous and extremely intelligent business associate who talks arrogantly like one whose memory never fails, he encounters a personal and professional disaster orchestrated by someone he trusts. One night he meets a woman in a bar who tells him that they had a sexual affair in a hotel near the Ajanta Caves. Ipsit doesn’t seem to remember that at all, despite the fact that the woman meticulously describes the encounter. This segment loses its clarity towards the end, and Shweta Basu Prasad as Ipsit’s secretary, Maggie, is a bit too wooden.

In the other episode of Mukherji, Bahrupiya, Kay Kay Menon plays a movie makeup artist, who uses his skills to destroy his opponents, but soon reaches a point of utter helplessness. Menon is not bad as Indrashish and tries to change his appearance by using different types of prosthetics. But is not prepared for the tragic consequences.

Hungama Kyon Hai Barpa of Abhishek Chaubey tackles a very distressing condition, kleptomania. Shot almost entirely in a premium air-conditioned coupe (I couldn’t believe A/C buses are so chic), this part is the most captivating. Musafir Ali of Manoj Bajpayee is shocked to see Baig (Gajraj Rao) also traveling with him.

Ali, a kleptomaniac, remembers stealing a stylish dress watch from Baig ten years ago. Baig doesn’t seem to remember the incident, and the twist at the end is just fantastic. Chaubey’s episode has been handled with great care and Bajpayee is an outstanding performer with a range that is astounding. I remember him as a huddled homosexual in Aligarh, as a cunning young man trying to break the system in Satyagraha, as a psychological wreck locked in a room in Gali Guleiyan, and as a ruthless Chambal-dacoit in Sonchiriya. Rao is also great as someone who pretends with great enthusiasm.

Vasan Bala talks religion versus cinema in Spotlight, and is distinctly different from Ray’s Ghanshatru, a magnificent take on religion versus not entertainment but science. Adapted from Henrik Ibsen’s Play, An Enemy of the People, Ray’s work put the late Soumitra Chatterjee to the test a doctor who does his best to convince villagers that the temple prasad is responsible for the outbreak of an epidemic. Spotlight focuses on the life of a movie star, Vikram (Harshvarrdhan Kapoor), who becomes angry when he realizes that the sadhvi, Divya Didi (Radhika Madan), is drawing a much larger crowd at the hotel he’s staying at than he ever could. hoping for.

The climax is captivating and reveals what Didi really is. Chandan Roy Sanyal as Vikram’s agent, Robby, actually overshadows the rest of the cast. The actor is perhaps the only reason to watch Spotlight.

(Gautaman Bhaskaran is film critic and biographer of Adoor Gopalakrishnan)