Sanak Movie Review: A cliche action movie, but Vidyut Jammwal has its moments 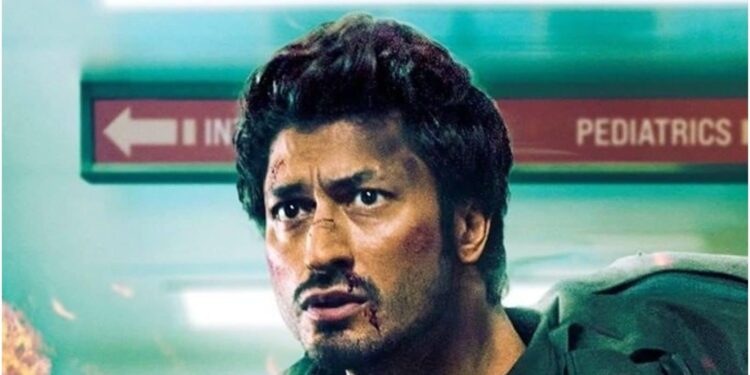 If your idea of ​​having fun at the cinema is for Viduyt Jammwal to tense his muscles and break bones, then a blessed treat awaits you at the cinema this week. For the rest, I think it’s better to enjoy the long weekend binge on a web series. Sanak is action packed but totally devoid of perspective.

A hostage drama set against the backdrop of a hospital, the plot was truly unique and had all the potential to keep the audience engaged. But it’s the sloppy screenplay, wafer-thin plot, and bad writing that make Sanak another clichéd action movie.

The hospital setting allows action director Andy Long Nguyen to team up with Vidyut to create some unique action scenes, including an MRI machine and a Swiss ball. The 117-minute film only has one song, which works in the makers’ favor. The action scenes are the film’s biggest USP. They are utterly convincing and one can digest the fact that one man can kill so many bad guys.

It’s hard to root for the characters, even if the actors gave a decent performance. Vidyut’s backflips might make you cheer and his stunts have gotten better over the year, but that’s about it. He does his best to bring out the wrath of a passionate lover, but he clearly likes action more than Rukmini Maitra, the Bengali actor who is making her Hindi debut and is serious in the film.

As usual, Vidyut is on top form and doing his job to the fullest. Chandan as a terrorist is menacing and doing just fine. Neha Dhupia, who plays the role of a police officer in charge of the situation, hardly gets anything to do.

This isn’t a terrible film by any means, but the campaigner, who is trying to find support in a worn-out story, is far from compelling. Sanak only thrives during the battles, but by the time the clock ticks towards the climax, you’ll be exhausted. How much can you scream for broken necks and shattered bones? You could try to find tension in Viduyt’s kicks, but the film has nothing more to offer.