Satyameva Jayate 2 Movie Review: A Sticky Script That Even 3 John Abrahams Can’t Save 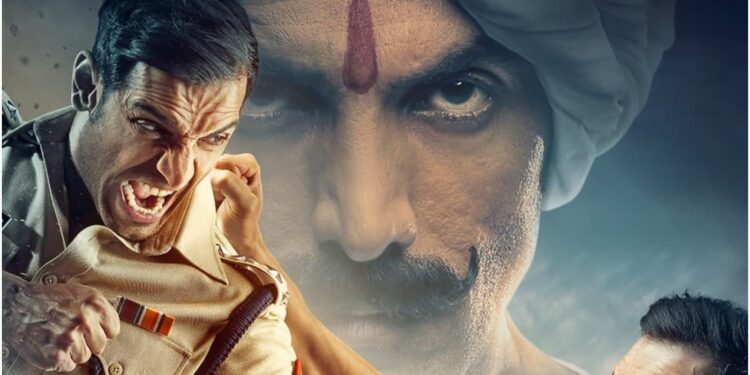 A sloppy screenplay, bad script and a lot of unnecessary dialogue make Satyameva Jayate 2 a perfect recipe for disaster. Like all of his previous films, director Milap Zaveri also this one has an ’80s masala template, an item number (for which Norah Fatehi got a big “Thank You” in the opening credits), obnoxious rhyme schemes, and a pyro-maniacal obsession . And if that wasn’t enough, he also introduces another camera angle in this distracted film that revolves around the different body parts of the main hero (John Abraham).

The only common thread between this and the previous installment was that both films try to tackle corruption. Satyameva Jayate 2 collapses as soon as it starts. From doctor’s strikes to children dying from food poisoning and oxygen starvation and even overpasses collapsing, or the patriotism of Muslims being questioned and the double-crossing of politicians, every trope of the 1970s and 1980s is at play. There is a difference between patriotism and jingoism. This also transcends jingoism.

A vigilante film, John Abraham plays a triple role (father and two sons). The two brothers grow up to be a Secretary of the Interior who wants to pass an anti-corruption law and the other is a no-nonsense cop. One of them becomes a vigilante to deal with the many problems facing society. The idea of ​​Satyameva Jayate 2 to keep up with the times is to rip the shirt off Abraham’s back at regular intervals so that he can show off his muscular body.

There was a time, in the 70’s and 80’s, when B movies embraced this theme and they did it pretty well. In many of his interviews, Zaveri said this is his tribute to filmmakers like Prakash Mehra and Mamohan Desai. I’m sorry this isn’t a tribute, but in fact you’re trying to question the logic of their filmmaking. Calling this intricate mess a movie is demeaning to the word, because I’ve seen school kids put up better stories for plays.

I wouldn’t blame Abraham much – as he barely has any material to play with. The otherwise affordable actor, who can make any tacky action watchable, practically sleeps through the triple role and still manages to be the best in the movie. But again, what were the options – Divya Khosla Kumar who could barely hold the fortress. By the time the movie ended, I felt like I’d aged a few years. I was also partially deaf thanks to blaring background music and dialogue. Honestly, you need real courage to face this one.

My biggest question is why the producers decided to put their hard earned money into this project when Zaveri is known for making the stickiest movies. Do yourself a favor, please don’t watch this movie. Perhaps if the film doesn’t make an obscene amount of money, Zaveri will be forced to respect his audience a little and not stop questioning their sensibilities.