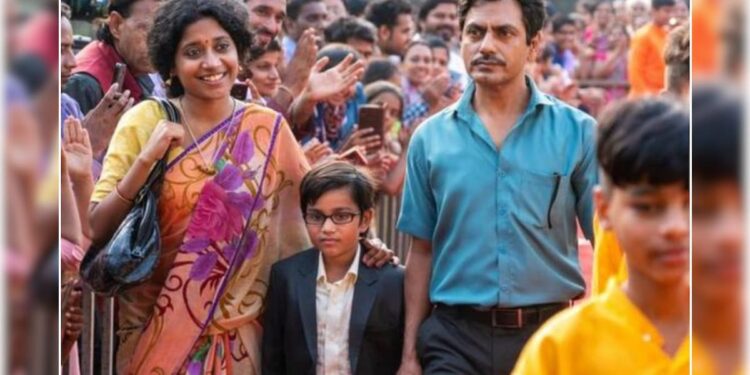 To call it Serious Men, based on Manu Joseph’s novel of the same name, just a satire is not enough. It is uniquely more real than reality. It’s that ambitious quality in us that forces us to take the dangerous route. You know, the roads that can save time, but also pose a robbery threat. Director Sudhir Mishra has turned Joseph’s super-sharp narrative into an equally impressive film in which Nawazuddin Siddiqui drops the Nawazuddin Siddiqui act and coats himself with an all-new persona, an intoxicating cocktail of cynicism, greed, revenge and intellect.

Ayyan Mani (Siddiqui), a risk-taking Tamil Dalit from Mumbai, has a bizarre sense of humor. He’s one of those people who keeps dragging on a joke until it starts to look like a mythical story. Bold, spontaneous and ambitious, Mani is the assistant of a renowned and somewhat legendary astrophysicist Aravind Acharya (Nassar). While people underestimate Mani, he comes up with one plan after another, and you can’t really blame him, because the poverty in a chawl can be excruciatingly painful.

Director Mishra makes sure we see Mani’s humble lifestyle around skyscrapers, but he keeps twisting the plots before you form a definitive opinion on him. After a long time, Siddiqui has put his now famously cynical laugh and disapproving body language behind him to portray a character ready to take a beating for fun.

There is a board in his workplace, the Institute of Theory and Research, which is used for presenting citations from renowned scientists. He simply omits one name and puts another under a quote to last another day. He sees a man on the shore of the sea and tells his wife what that person might be thinking before committing suicide, and just as the poor woman begins to believe him, the other man casually walks past them. In the middle of a conversation, he switches to Tamil to anger his arrogant and disrespectful Brahmin boss. And he’s pretty comfortable acting like all he cares about is some fun and a little more intimacy. It’s hard for those around him to understand his drive, but for the audience, it’s the best thing that’s come in Unlock 5.

The moment Mani has been waiting for all his life comes with his son’s sudden popularity as a math prodigy. He begins to weave theories around the kid’s genius and it’s hard to say how much of it is wrong. But that’s Mani for you, he lives another day, another victory.

It’s like no other movie Mishra or Siddiqui has made. While staying close to Jospeh’s skepticism about the idea of ​​a just society, they have internalized the film by infusing an indomitable spirit and a certain kind of cleverness, rather cunning, into the stories. When Mishra goes politics, Siddiqui makes sure it doesn’t become an in your face sermon. Likewise, Mishra channels Siddiqui’s otherwise uncontrollable energy in a direction where anything but greed seems futile.

In addition, Mani categorically says, “Primitive spirits. I can’t associate with you.”

It’s rudimentary but deep, simple yet penetrating, serious yet funny. No wonder, they called it Serious Men. These are seriously funny men or funny serious men. One of the best movies of the year. Don’t even think about skipping it.