Shang-Chi and the Legend of the Ten Rings Movie Review: Marvel’s Millennial Slacker Rises to the Occasion 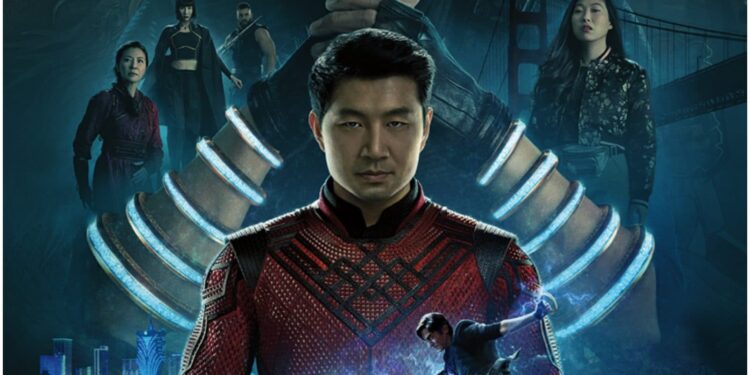 Shang-Chi and the Legend of the Ten Rings

As Marvel expands its universe to include a Chinese superhero and a movie set in Asia, a lot is coming up on Shang-Chi and the Legend of the Ten Rings. The character starts off with a clean slate with no background from the existing Marvel Cinematic Universe, but it comes with the baggage of cultural representation and diversity debates that have surrounded superhero movies for a while. You can’t just dazzle audiences with brilliantly choreographed action sequences, every kung fu move is closely watched for technical accuracy.

But Marvel proves they’re doing it differently this time with the lengthy opening sequence set in China and entirely in Mandarin. You start to wonder if the movie is in English at all, when the action eventually moves to San Francisco and English dialogues roll in.

The storyline of Shang-Chi and the legend of the ten rings is a template. A teenager runs away from home to prevent his vengeful father Wenwu (Tony Leung) from forcing him to become a murderer. He seems to be living a pretty contented life in San Francisco as a parking attendant with cars and occasionally racing too, until his past comes after him. And then he must embrace his real identity and face the father and the responsibilities he has been on the run from.

Only that the father is a legendary crime boss with divine power and immortality, and a mysterious band of killers called Ten Rings. He is extremely focused on getting what he wants, and does not hesitate to put the lives of his children in danger. The rest is the expected tug-of-war between family ties and righteousness, sacrifice and self-serving.

One of the film’s major achievements is that, despite the dramatic background of Shang-Chi’s character, he becomes recognizable from the start. His carefree life in San Francisco and his biker friend Katy (Awkwafina), who doesn’t speak her native language, present realistic portraits of millennial immigrants. And so it’s easier for him to stun people when he single-handedly saves a busload of passengers from a gang of deadly killers.

The bus scene is one of the most captivating action scenes, with a brilliant display of Simu Liu’s fighting skills. Despite coming from a CGI-dependent superhero universe, Shang-Chi relies heavily on human strength and agility — borrowing from the wuxia genre of movies. A great example of this is Wenwu’s extended introduction scene.

While this is an original story, there were hints of various elements in previous MCU movies such as Iron Man and Doctor Strange. If you’re not deep into the Marvel universe, connecting some dots can be a problem. It does tie in with the larger Marvel universe with explanations, et al, telling you that this isn’t a disconnected state of affairs after all.

What you can enjoy without any background are the barely seen visual spectacle and action scenes. Shang-Chi is one of the most visually stunning Marvel movies ever made. The change in setting has infused the production design with new flavors. The concrete jungle backdrop you usually see in other superhero movies has been replaced with magical outdoors and a burst of beautiful colors, enhancing the big screen experience even more.

Dad issues have been at the heart of the MCU, from Tony Stark’s baggage over Howard Stark’s legacy to Loki’s drive to prove himself to his adoptive father, Odin. It becomes the core of Shang-Chi, driven by Wenwu’s contradictory nature who has all the power in the world but has lost the one thing his heart desires. Shang-Chi’s story works even without the glitz and shine of the superhero genre.

There’s also something quirky about surrounding the titular character with so many others who are stronger and more charismatic, in an almost deliberate attempt to set him apart from other superheroes in the MCU. Except for Leung, Michelle Yeoh, Awkwafina and Meng’er Zhang – they all seem to beat Simu Liu once in a while. Let’s hope the future movies give us more chances to cheer on Shang-Chi than to chuckle him.