The Big Bull Movie Review: A Cock and Bull Story That Over-dramatizes a Scam 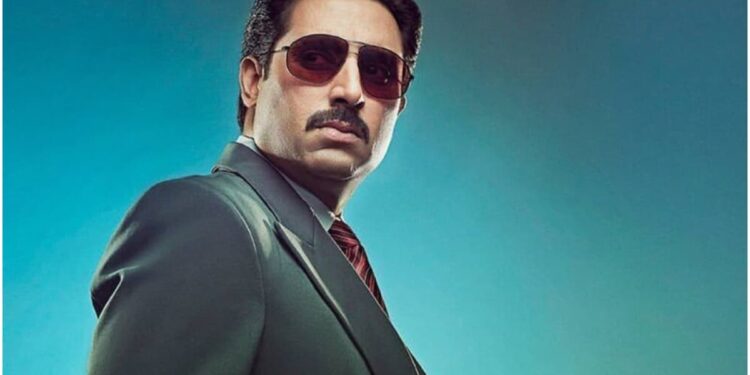 Many moons ago, the “God of Advertising,” Alyque Padamsee, told me that they sold dreams that men and women were trying to fulfill. In Kookie Gulati’s Disney+Hotstar outing, The Big Bull, Hemant Shah says over and over that he sells dreams and helps the man on the street achieve what he thought was impossible. There is a telling scene in the plodding long work lasting approximately 150 minutes in which Shah (played by Abhishek Bachchan), a broker who has made it through the Bombay Stock Market, advises the elevator operator to get a tire first before driving a car. purchases. An invaluable hint for the man to invest in a tire company, what he does and reaps the rewards. There are other instances where Shah helps those in need with market tips that turn out to be almost magical.

The Big Bull scores with its message that everyone has the right to dream and try to realize it – as Shah himself made the great leap from a humble home to a regal mansion. And all because he dared to think big, to take even greater risks, determined in the dictum that without them there can be no progress and prosperity.

Inspired by the Harshad Mehta scams of the 1980s and 1990s that shook the market and drove stock prices to impossible numbers, Gulati, who wrote the story and co-wrote the story with Arjun Dhawan, underlines how the Indian middle class benefited from the cunning ways of Shah. Admittedly, he cunningly exploited the many loopholes in the banking and other financial system. While he is feathering his own nest, and what a great one this is, he turns out to be magnanimous enough to share a little of his loot – which he justifies by saying there can be nothing wrong with playing this game, as there is no law against “insider trading”. And this is what he does. The people who benefit from it – including those in the higher echelons of the financial sector – are overjoyed with the way Shah cunningly drives up stock prices and smears the palms of several officials.

But Gulati takes his plot a little too far for everyone’s comfort. To say that the nation was on the brink of bankruptcy and would have fallen into a tailspin if Shah had not intervened sounds like sheer nonsense. What seems even worse is the implication that India has achieved little in the first few decades after independence. And Mr Shah arrived as the mighty savior!

What was it that first motivated him to climb? The girl next door, Priya Patel (Nikita Dutta), whose father makes it clear that Shah can marry her if he can provide her with a decent life, which translates as a house, a car, etc. And Shah continues on his upward trajectory, manipulating the market, bribing bank and government officials, and ignoring the advice of his own brother, Viren (Sohum Shah), and his mother (Supriya Pathak Kapoor). Shah also roughly rides the warning of Manu Malpani (Saurabh Shukla), chairman of the Bombay Stock Exchange, who tells him in so many words that what the younger man is doing is nothing but illegal. It is true that there is no law against the practice of “insider trading”. But it will come!

Interwoven into it all is the story of a journalist, Meera Rao (Illeana D’Cruz), whose investigative methods seem brutally unreal. Watch the way she walks in and out of top magnates’ rooms trying to spin them all in her little finger. And this includes, Shah’s. She is the sutradhar of the movie or the keeper of conscience! Eventually she writes a book about The Big Bull.

Bachchan does show snippets of performance that are enlightening, and are reminiscent of his role in Mani Ratnam’s Guru (in which he essays Dhirubhai Ambani). But he still has to get past Bachchan’s halo and fails to sink into the character of a man of many layers: a loving son, an affectionate brother and a passionate lover/husband. Also a shrewd businessman who has no qualms about being an outright scammer.

While Shukla shines in the few scenes he has – as always – the women, including a great actress like Pathak Kapoor, remain pretty much in the shadows. D’Cruz comes across as a nice prop. There is little authenticity in Rao’s character.

Comparisons may be unfair, but the web series, Scam 1992, also about Harshad Mehta, was skillfully paced, scripted with subtlety and performed by Pratik Gandhi with panache. Bachchan pales in here, and The Big Bull ends up looking like, well, “bull”.