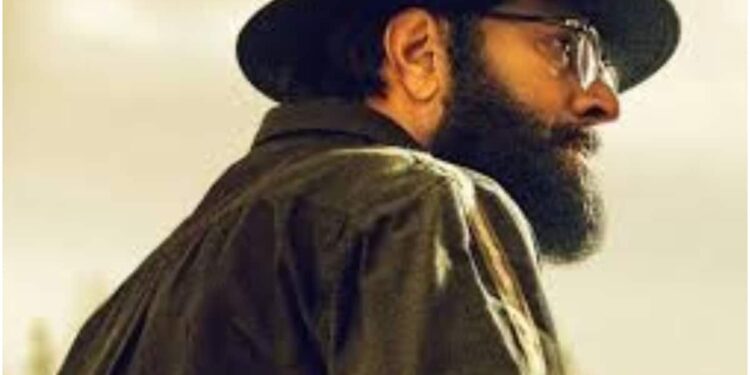 Jofin T Chacko attempts a complicated plot in The Priest in his very first outing with the megaphone. The Malayalam film features Mammootty playing the title role as Father Carmen Benedict. Now imagine him as the hooded character from a Dan Brown thriller, and complement it by giving him the characteristics of Sir Arthur Conan Doyle’s fictional detective, Sherlock Holmes. Yes, Benedict does not live at 221 Baker Street in London, but in a remote place in Kerala. He, unlike Holmes, does not have Watson as his sounding board, but moves around with his dog, who looks mean and menacing.

True Holmes style Benedict helps the local police, led by Deputy Superintendent Shekhar (Sivadas Kannur), solve crimes. This man (like Inspector Lestrade in Sherlockian tales) faithfully follows the Father, always one step behind, meek and obedient. After all, Benedict takes no credit for solving cases and bestows this credit on the men in khaki.

But Benedict is no ordinary sleuth like Holmes, who relied on his incredible scientific deduction. The priest does make use of science, but goes beyond it, firmly convinced that logic and reason cannot explain everything that happens in this world. He says ghosts exist, and some can become vengeful, like Susan Cherian’s (Manju Warrier in the very first collaboration with Mammootty, and in an extended cameo).

When Susan dies one dark night in a traffic accident involving a car driven by her sister, Jessy Cherian’s (Nikhila Vimal) friend, Siddharth (Venkitesh VP), a supernatural story is set in motion. What started as a murder plot – in which several members of a wealthy business family committed suicide – slips into the world of evil forces with an orphaned girl, Ameya Gabriel (Baby Monica), who studies in a school run by nuns and exhibits strange symptoms. At first, these seem like mental traumas, and the only person she’s passionate about is her teacher, Jessy. An unusually grumpy and even aggressive girl, who doesn’t make friends at school or the orphanage she grows up in, has a smile on her face as soon as she meets Jessy.

Things become alarming when Jessy goes on vacation to her childhood home with Ameya, who becomes inexplicably violent the moment Siddharth arrives. The teacher seeks help from Benedict, who had met Jessy before and who says in no uncertain terms that the girl needs an exorcist and not a psychiatrist, while the teacher watches helplessly as the priest does his mumbo-jumbo, only that he is modern. using looking gadgets that check the vital parameters of the girl.

Frankly, I don’t understand why an outstanding actor like Mammootty (with some great movies, including some with Adoor Gopalakrishnan) should have stepped into the shoes of Father Benedict and turned himself from priest to researcher!

The story, written by Chacko and written by Shyam Menon and Deepu Pradeep, is pure mishmash. and by the end of the 120-plus minute work, we’re left confused about the initial suicides and how they relate to Ameya’s condition. In short, the story is unclear.

It’s actually funny to see a Mammootty in an impeccable hat walking around with a magnifying glass, and his questions to the police about forensic reports and the like seem more like a joke than any attempt at a serious scavenger hunt.

Monica appears to copy the child from The Exorcist (1973), who is possessed by an evil entity. Others like Nikhila and Venkitesh fail to impress, and even Manju pales in comparison to Susan, a character written in such a sloppy manner.

Too bad that despite excellent actors like Mammootty and Manju, Chacko could only come up with such a skewed plot.