According to the head of the region’s military administration, 13 people were killed overnight in the central Dnipropetrovsk region and five others were seriously injured by shelling by Russian troops.

The towns of Myrivska and Marhanets in Nikopol district were hit in residential areas late Tuesday night by 80 rockets, Valentyn Reznichenko wrote in a Telegram message.

Marhanets is located across the Dnipro River from the occupied Zaporizhzhya nuclear power plant.

Some context: Kiev has accused Russian troops of stockpiling heavy weapons and launching attacks from the Zaporizhzhya nuclear power plant, which they took over in early March. Moscow, meanwhile, has claimed that Ukrainian troops are targeting the complex. UN Secretary-General Antonio Guterres has recently described artillery and rocket fire in the area as “suicidal”, adding to fears of an accident at the factory, the largest of its kind in Europe. 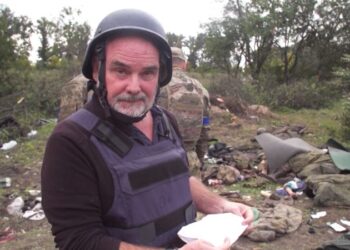