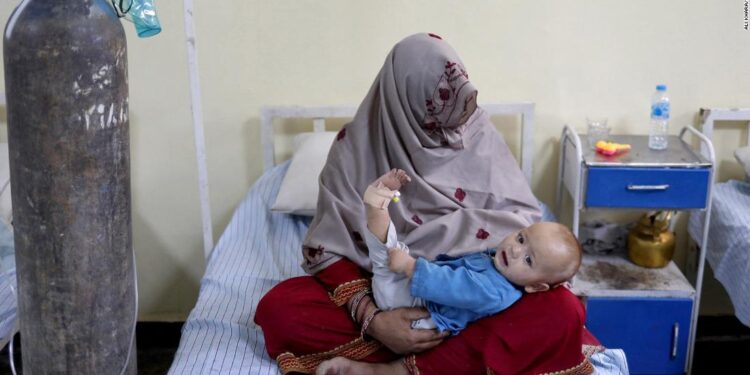 At least 1,000 people were killed, 2,000 injured and 10,000 homes destroyed in Wednesday’s earthquake, after the UN Humanitarian Office (OCHA) warned that cholera outbreaks in the aftermath are of particular and serious concern.

“People are in extreme need of food and clean water,” said Sharafat Zaman, spokesman for the Afghan Ministry of Health.

“We are asking the international community and humanitarian organizations to help us with food and medicine. The survivors may contract diseases because they do not have proper homes and shelters to live in,” he said.

The disaster is a major test for the hardline of the Taliban rulers, who have been shunned by many foreign governments over human rights concerns since they took control of the country last year.

Helping thousands of Afghans is also a challenge for countries that had imposed sanctions on Afghan government agencies and banks, halting direct aid, sparking a humanitarian crisis even before the earthquake.

The United Nations and several other countries have quickly provided aid to the affected areas, with more arriving in the coming days.

The Afghan Taliban government called for the rollback of sanctions and the lifting of the freeze on billions of dollars of central bank assets stored in Western financial institutions.

In Kabul, hospitals more accustomed to treating war victims have opened their wards for earthquake victims, but the majority of people remain in the earthquake-ravaged areas.

“Our houses are destroyed, we have no tent… there are many children with us. We have nothing. Our food and our clothes… everything is under rubble,” said Hazrat Ali, 18, in Wor Kali, a village . of the hardest hit Barmal district.

“I lost my brothers, my heart is broken. Now we are only two. I loved them very much,” he said.