Analysis: How a small European country took on China instead of Taiwan 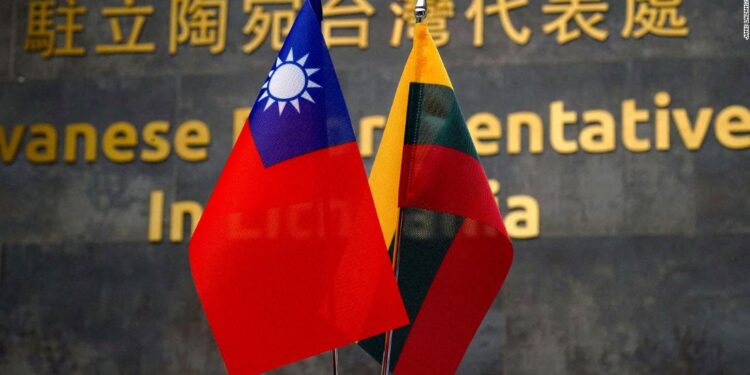 In November, Lithuania became the first country in Europe to allow self-governed Taiwan to open a de facto embassy under the name ‘Taiwan’. Other such offices in Europe and the United States use the name Taipei, the capital of Taiwan, to avoid references that would imply the island’s independence from China. Taiwan’s Ministry of Foreign Affairs said the opening of Taiwan’s representative office in Vilnius “would set a new and promising course for Taiwan-Lithuania bilateral relations”.

The move infuriated Beijing, which it saw as an affront to its “One China” tenet that insists Taiwan should be part of China, rather than an independent sovereign territory, despite the two sides being left behind after more than seven decades of civil war. were controlled separately. Anyone who wants a relationship with China usually has to recognize the policy diplomatically.

Lithuania says the new office in Taiwan has no formal diplomatic status and does not violate its One China policy. But Beijing responded by immediately cutting diplomatic relations with Vilnius. Lithuania also claimed that China has prevented Lithuanian goods from entering China, effectively creating a trade barrier. The Chinese government has repeatedly rejected these claims, accused Lithuania of harming China’s “core interest” and frozen bilateral relations.

Taiwan responded by buying up Lithuanian products destined for China — including 20,400 bottles of rum — and pledged to invest hundreds of millions of dollars in Lithuanian industry to support the country despite Chinese pressure.

The quarrel has brought in the European Union, which supports member state Lithuania. Brussels sees Beijing’s treatment of Lithuania as a threat to other EU countries, many of whom have deeper economic ties with China and would like to deepen them further.

On Thursday, the EU launched a case against China at the World Trade Organization, accusing Beijing of “discriminatory trade practices against Lithuania, which also affect other exports from the EU’s internal market”.

The WTO case could be just the start of the EU taking a tougher stance on China, though there are concerns about whether it could prompt Beijing to retaliate in the form of trade wars or canceled investments in Europe.

In 1990, Lithuania became the first member of the Soviet Union to declare independence from the ruling Communist Party of Moscow. Then, in 2004, it joined the EU, the European Union, and NATO — the very organization intended to put a brake on socialist expansion.

In that context, a country like China showing aggression in its own region, particularly against Taiwan – and using trade as a weapon against smaller European countries – of course alarms those who remember life under Soviet rule.

“China needs to learn lessons because until now they have been allowed to behave in ways that are not in line with our values ​​and rules simply because they were so rich,” former Lithuanian Prime Minister Andrius Kubilius told DailyExpertNews.

“I don’t see that bigger EU countries would have taken it upon themselves to stand up. Maybe it will spread from Lithuania to others and in time, Europe will unite against a country that does not meet our standards,” he added. .

One of the reasons Lithuanian officials are more likely to take this stance than some countries are is that China is a relatively small export market for the country. Only 1.18% of Lithuanian exports went to China in 2019 – compared to 13.1% to Russia and 3.64% to the US – although China is also one of Lithuania’s fastest-growing export markets, according to the Observatory of Economic Complexity .

For Lithuania, this tough stance is more than a moral mission. Officials who spoke to DailyExpertNews say that by standing up to China they also hope to send a message to Moscow.

Velina Tchakarova, head of the Austrian Institute for European and Security Policy, explains that Lithuania has been “under permanent Russian pressure since joining NATO. Lithuania wants to set an example among European members that no one will succumb to autocratic regimes in Beijing and Moscow.” .”

Lithuanian officials told DailyExpertNews they hoped standing up to China would set a precedent in the EU for pushing back autocratic regimes. A leading Lithuanian diplomat said the end game was for Europe to take more effective anti-coercive measures.

Brussels recently proposed a legal mechanism that would allow the EU to respond to economic harassment in a “structured and uniform way” by using a “tailor-made and proportionate response for each situation”, including tariffs, import restrictions and restriction of access to the EU’s internal market.

But many of the smaller EU countries are personally skeptical that their fellow member states – especially those that trade heavily with China – would support them when it comes down to it.

A strong economic relationship with China is an important part of the EU’s pursuit of ‘strategic autonomy’, a term used in Brussels to describe the EU’s growing independence from US influences as a geopolitical power. The thinking was that by cooperating economically with Beijing, Europe could act as a bridge between the US and China, without getting crushed between the two.

Larger Member States, notably France, were strong supporters of the pursuit of strategic autonomy. And while European politicians are increasingly uncomfortable with China’s treatment of Uyghur Muslims, suppression of democracy in Hong Kong and aggression against Taiwan, many European countries are not quite ready to alienate China when it comes to hard money.

Tchakarova believes that by including China in the debate, Lithuania wants to strengthen the position of the US in Europe, but also to warn Brussels and the main Member States (Germany and France) of the possible risks and dangers associated with bilateral relations with China in the future.”

Essentially, they hope to force these countries to take a stand. So, will it work?

Some in Lithuania think their tough stance has already paid off. Officials point out that France, along with the rest of the EU, has supported them and called on China to de-escalate the situation. This is particularly important at the moment, as France holds the rotating EU presidency and is also in the midst of a presidential election campaign. Earlier this month, Slovenia announced its intention to increase trade with Taiwan as well.

A senior European Commission official told DailyExpertNews Brussels that Lithuania’s position is that Lithuania has not gone against its one-China policy, and that if China remains hostile, it will have to provide evidence that the policy has been violated, leading Lithuanian officials call it a win.

However, not everyone, not even in Lithuania itself, finds the strategy a great success.

President Gitanas Nauseda said that while he supported the opening of the Taiwanese representative office, he thinks the name was unnecessarily provocative and Lithuania must now deal with the “consequences”.

Beijing responded by saying that acknowledging the mistake was a good start, but still believes Lithuania has violated the One China principle.

Brussels has recently joined forces on geopolitical matters. After years of bitter backlash, Brexit and the pandemic may have reminded EU leaders that unity in areas of mutual interest means that even small countries like Lithuania can use the EU’s mechanisms to stand up to a of the richest and most powerful countries on earth.

Whether Lithuania’s stance — and the EU taking a stance — will result in concessions from Beijing is another matter. A recent editorial in the outspoken nationalist, state-run tabloid Global Times set out a series of steps Lithuania must take to restore relations, warning: “No matter what tricks they pull, China will never give in to principled issues.”

But experts agreed that the only chance, however slim, of getting any concessions from China on this point is for Europe to form a united front.

Benedict Rogers, a longtime human rights activist and the chief executive of Hong Kong Watch, says that while “China has shown that it is very adept at divide-and-rule and capable of playing countries off each other… together against China, Beijing’s bullying tactics are less effective and pressure on China may have more impact.”

While this may all seem like a minor quarrel, years of work are at stake in which the EU has tried to find a way to reconcile its economic relationship with China with its duty to member states and its moral values. The question is how long that balance can last. 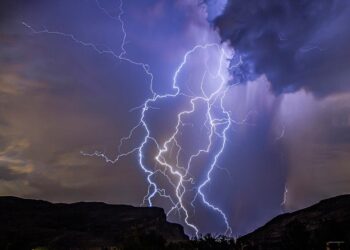 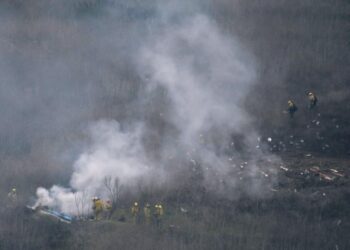